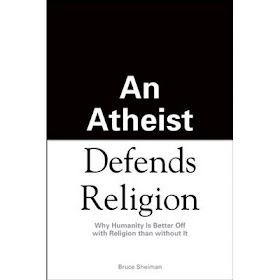 ROME, NOV. 15, 2009 (Zenit.org).- The Catholic Church is one of the greatest forces for evil in the world, at least according to atheist Richard Dawkins. This is just the latest of many volleys by him against religion and God.

His remarks were published Oct. 23 on the religion section of the Washington Post's Web site, when he was asked to comment on the move by the Catholic Church to facilitate the entry of Anglicans.

The polemics over religion raised by the spate of books and commentaries in recent years continues to flow freely. A recent debate in London on the motion that the "Catholic Church is a force for good in the world," attracted over 2,000 people, the Catholic Herald reported Oct. 23.

Stephen Fry and Christopher Hitchens, who argued the negative case, enjoyed a substantial win over their opponents -- Ann Widdecombe, a conservative party parliamentarian, and Archbishop Onaiyekan of Abuja in Nigeria -- obtaining 1,876 votes against 268.

Another recent example comes from Australia columnist where Catherine Deveny put God on the psychiatrist's couch and proclaimed that: "God has narcissistic personality disorder."

In her Sept. 2 article published by the Age newspaper, Deveny asserted that God suffers from "feelings of grandiosity," and an "obsession with fantasies of success," along with being "devoid of empathy," and "behaves arrogantly."

The atheists' offensive has in its turn given rise to numerous books defending God and organized religion. An interesting turn in the debate comes from a book just published by someone who does not believe in God, but still defends religion.

In "An Atheist Defends Religion: Why Humanity is Better Off with Religion Than Without It," (Alpha Books), Bruce Sheiman offers a new perspective to the contest between believers and atheists.

The "God question" can't be resolved to the satisfaction of the contending sides, he states but what Sheiman does set out to do is to consider the value of religion itself. He does not seek to prove God exists, but defends religion as a cultural institution.

Regarding his personal views, Sheiman explains that he is not a person of faith, but he does not "stridently repudiate God." He describes himself as an "aspiring theist" because "religion provides a combination of psychological, emotional, moral communal, existential, and even physical-health benefits that no other institution can replicate."

The best way to convincingly dismiss the case for atheism, he explains in his introduction to the book, is not by arguments that seek to prove the existence of God, but to demonstrate the enduring contribution of religion.

"Religion's misdeeds may make for provocative history, but the everyday good works of billions of people is the real history of religion, one that parallels the growth and prosperity of humankind," Sheiman affirms.

One way that religion benefits us is by giving our lives meaning, Sheiman notes. We are aware we live in a world of great power and potentiality, but in contrast to animals that just live in a utilitarian relationship with the world, humans are aware that this world exists apart from ourselves.

Sheiman then recounts some examples of how primitive societies sought to give sense to their lives in the midst of the wider world by means of religion. Their myths and rituals helped those peoples to connect the mortal realities to the eternal and spiritual.

In the modern world science has in many cases replaced religion in terms of explaining the world and the universe, but Sheiman points out, while we can accept what science says about how the universe works, this does not explain to us what it means for our lives.

Another aspect of religion is morality. It's clear that people can be moral without religion, Sheiman affirms, but it's also evident that religion makes people good. In fact, he asserts, humans exhibit ethical behavior that goes well beyond the explanatory power of group cohesiveness.

Sheiman cites research that demonstrates how religious activity is associated with greater social interaction. Just as religion builds community, so too does it foment morality, he adds.

Intrinsic to all religions is a belief in goodness, both that of the divine and that of humanity, Sheiman explains. Atheists often lack an understanding of religious morality, he argues. It's not a simple reward/punishment system. "The most cynical see in religion a blind obedience to moral authority and an oppressive behavioral-control system," he commented.

While some religious adherents exhibit an authoritarian orientation, this can also be the case for just as many non-religious people, Sheiman maintains. For most people God is seen as a loving father, and the moral high ground to which humans aspire, he asserted.

One contribution of religion to society that Sheiman highlights is the Christian notion that humans are made in the image of God. Since humans are meant to share in the divine nature they are to be respected as children of God.

Such a view leads to countless acts of sacrifice and compassion every day, he comments. In fact, sociological studies reveal that religious people are more caring and compassionate than their non-religious peers and give more money to charity. This practice is not restricted to a particular religion, Sheiman points out.

Religion also provides a solid foundation for moral behavior through an adherence to absolute values. By contrast, Sheiman notes, without religion people can have a morality, but if the moral precepts are man-made they become fallible and insubstantial, a function of personal opinions or even calculating self-interest.

This leads him to comment that our minds are called to something more than a relative truth. As humans we strive to find the first cause and if moral imperatives do not depend on God then they are not absolute and remain relative.

Science by itself cannot lead to a moral culture, he continues. "Right and wrong do not come from physics or biology," he states.

"Religion thus becomes the most important cultural and institutional source of ethical principles precisely because it is felt to be above human caprice," he adds.

In another chapter of the book, Sheiman relates how religion was behind the Western world's progress in such fields as democracy and freedom, and science and technology.

Over time if we have grown as a civilization it has been at least partly because of religion, he argues. While this does not absolve religious leaders for their destructive acts it does lead us to conclude that overall religion has had an overall positive impact, he concludes.

The alternative conclusion is that we would be further along in our progressive trajectory without religion. This is implausible, Sheiman maintains, as historians cannot identify any other cultural force as robust as religion that could have carried civilization along.

Sheiman also criticizes the selective reading of history by some atheists, who are only too quick to attribute the most negative aspects of history to religion, while rarely conceding the debt civilization owes to religion.

A believer could well reply to Sheiman that his faith in God does not depend on some kind of profit and loss accounting of history or his personal life. Nonetheless, at a time when many atheists denigrate churches and faith as totally irrational and negative, Sheiman's book serves as a useful antidote to such a superficial and irrational attack on belief.
John at 8:36:00 AM
Share
‹
›
Home
View web version