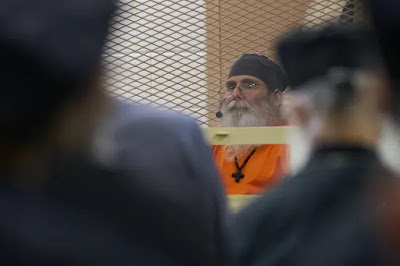 Frank Atwood, who is convicted of kidnapping and killing an 8-year-old girl named Vicki Lynn Hoskinson in September 1984, has always claimed to have been innocent of the crime. While in maximum security prison, he converted to Orthodoxy and was baptized with the name Anthony through Saint Anthony's Monastery in Arizona. He has studied and prayed and been in correspondence with well-known Orthodox figures in Greece, such as Metropolitan Athanasios of Limassol, who visited him in prison a few years ago but was not allowed to see him, as well as Metropolitan Hierotheos of Nafpaktos, who wrote the piece below. Frank has recently issued the following statement prior to his upcoming execution by lethal injection. Let us all pray for him, at his request, and the request of the Metropolitans.

My name is Frank Atwood, and I am scheduled to be executed by the State of Arizona at 10:00am, on June 8, 2022. I am sentenced to die for a crime I did not commit, but I will let the evidence, supported by experts, and arguments advanced by my attorneys speak to my innocence.

I will at long last experience freedom from the earthly bonds that have crippled my body and caused me excruciating pain. And I will no longer live in a world in which others are caused pain by my very existence.

To the family of Vicki Lynn Hoskinson, I can honestly say that while I know you will never believe that I did not take her ... I did not! That, however, does not change the fact that your pain is as real as anything possible in this lifetime can possibly be, and my profound prayer is that my death will give you and yours some form of relief and closure from your unending misery and torment. 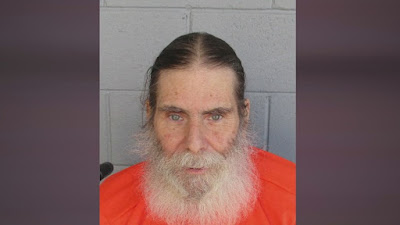 Prayer for a Man on Death Row
By Metropolitan Hierotheos of Nafpaktos and Agiou Vlasiou
A few years ago I started a correspondence with a death row inmate in America, Anthony, who was accused of a very serious offense, which he denies he did, and it seems that he is right, and he was sentenced to death. He himself made several appeals to the American Justice System and remained in a maximum security prison for many years until the final decision was finalized.

The occasion of our correspondence was the study of my book Orthodox Psychotherapy and other related books, which were published in English and they impressed him.

He sent me the first letter, I answered him and his other letters and answers followed, which now that I have collected them, extend to about 100 pages typed in large size.

Because he was waiting for the final decision to determine the day of his execution, he was preoccupied with various spiritual issues.

He was baptized Orthodox in prison, he was living in repentance, prayer, he did vigils and the prayer rope, but mainly he was interested in how to acquire noetic prayer of the heart, so that when he was executed he would pass through the "tollhouses", as he wrote me, and meet Christ in Paradise.

With the answers I sent him I tried to guide him in the spiritual life in this difficult period, to empower him to face death bravely. It was a surprise for me and something moving to correspond with a death row inmate and prepare him for death!! Such an event has never occurred to me in my life, while practicing the ministry of spiritual fatherhood for 50 years, to prepare with the appropriate sensitivity someone for his execution, in such a long time of ministry. As it is known in Greece, the death penalty has been abolished, which is why we do not have such experiences. Someday this correspondence will be published and one will see the way this blessed man thought and how he accepted my guidance.

A few days ago he sent me a letter and informed me that his execution was finally scheduled to take place at the beginning of June, that is, in a few days. He wrote to me that now the security measures are stronger.

In his letter he has three requests. With one he asks me to pray that something be done so that he does not drink from "the cup of execution".

The second request is: "If God, in His infinite love and wisdom, knows that it is best for me to be executed in order to pass through the tollhouses and enter Paradise, I beseech you to pray that I have strength to the end, to be brave and to have trust in God!"

The third request is to give him "final advice". He writes: "I would also very much like to hear any final advice you can give me. Please! The time is short, so please email me as soon as possible. I will continue to remember you and Nafpaktos in my daily prayers!"

I did my cross and answered appropriately.

The reason for publicizing this fact is that I very much ask those who read this text to pray for my friend Anthony, whether to suspend his execution, if possible, or to proceed with bravery and trust in God and, of course, to his meeting with Christ, who loved Him through the prison of the highest security.

Let us pray: "Lord Jesus Christ, Son of God, have mercy on Your servant Anthony."