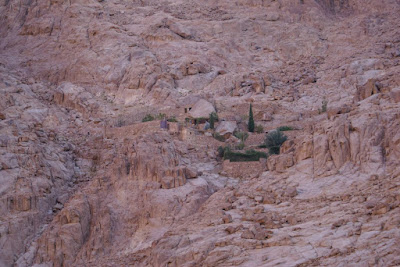 The mountain to the north of the Monastery of Saint Katherine at Sinai is called Mount Episteme, which derives its name from Saints Galakteon and Episteme, who lived in asceticism at Sinai before their subsequent martyrdom in the reign of the Emperor Decius (250-252), and who are commemorated by the Church on November 5. On Mount Episteme is the surviving Skete of Saint Galaktion for males and the female Skete of Saint Episteme which is in ruins about 200km away. According to tradition, this is where the married couple separated to live a life of asceticism, thus making it the oldest monastic site of Sinai. The surviving Hermitage of Saint Episteme dedicated to their memory is a small complex with a chapel of that period, two cells, and a kitchen area, located some forty-five minutes from the monastery. From the complex, the pilgrim has a commanding view of the summit of Mount Sinai (or Mount Horeb) opposite.
Saint Paisios the Athonite

This hermitage is also the place where Saint Paisios the Athonite famously lived for two years (1962-1964). When asked what life was like there at the Hermitage, he replied:

"The monk, wherever he is, goes through the same thing. God's providence does not abandon him. There in Sinai God was always with me. When I went there, I had nothing, I found myself in the desert, with strangers, without thinking about what to eat and how to live. The hermitage was abandoned and uninhabited. Water is scarce. I did not even know a handiwork to make my bread. The only tool I had was a pair of scissors, which I split into two pieces and after sharpening it on a stone, I started making wood-carved icons. I worked long hours so I could live, but also help the Bedouins."

"In Sinai, there in the Hermitage of Saint Episteme where I lived, the water was minimal. A drop ran from a rock into a cave, about twenty meters away from the hermitage. I had made a cistern and I was collecting three kilos of water twenty-four hours a day.

When I went to get water, I put the can to fill and said the Salutations to the Panagia.

I just wet my forehead a little with my hand, because that helped me - a doctor told me to do it - I took some water to drink, and I collected a little in a tin for the birds and mice of the hermitage. This water was also for washing clothes, etc. What joy, what gratitude I felt for this little water I had! Doxology, because I had water!

When I came to Mount Athos and stayed for a while in the Skete of Iveron, because the place is sunny there, it had a lot of water. It had an overflowing cistern and water was running outside. Oh, I washed both my legs and my head…, but I had forgotten.

In Sinai my eyes were watering with gratitude for the little water, while in the Skete I had forgotten because of the abundance of water. So then I went and stayed about eighty meters away and I had a small cistern. How we get lost, how we forget with abundance!

We must leave ourselves point blank to divine providence, to divine will, and God will take care of us.

A monk went one afternoon to read Vespers at a peak.

On the way he found a white mushroom and thanked God for his rare find. On the way back he would cut it and spend the night with it.

'If the secular people ask me if I eat meat,' he said to himself, 'I can tell them how I eat every autumn!' On the way back he found only half the mushroom - some animal must have stepped on it - and he said: 'It seems I was meant to eat so much.'

He took it and thanked God for His provision, for the half mushroom.

Below he found another half mushroom and bent down to pick it up to supplement his dinner, but because it was spoiled - perhaps poisonous - he left it and thanked God again for protecting him from poisoning. He went to his hut and spent the night with half a mushroom.

The next day, when he came out of his hut, he saw a spectacle! The whole place was full of beautiful mushrooms, and he thanked God. You see, thank God for the whole and for the half, and for the good and for the bad, and for the one and for the many. Thank Him for everything." 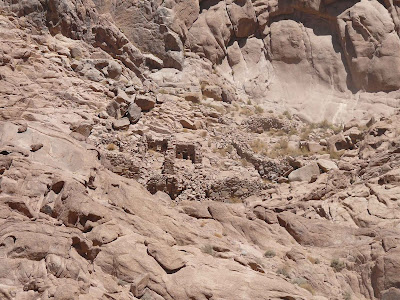 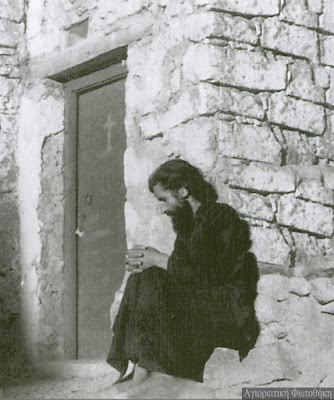 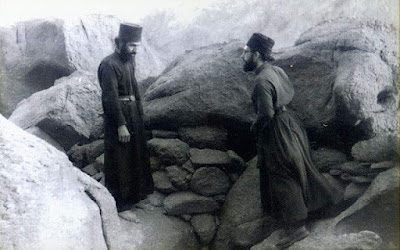 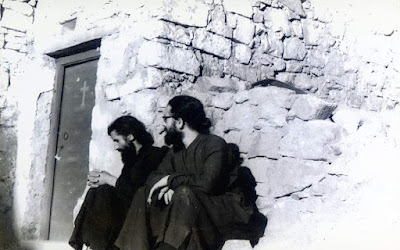 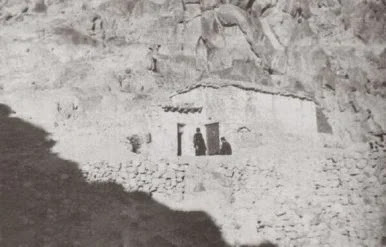 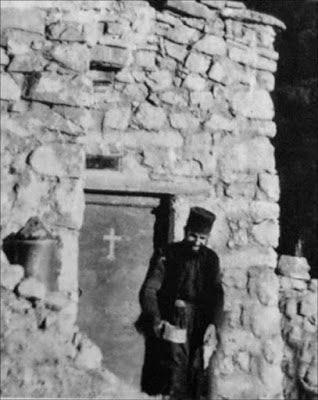