Saints Symeon and Theodore, Founders of the Monastery of Mega Spelaion 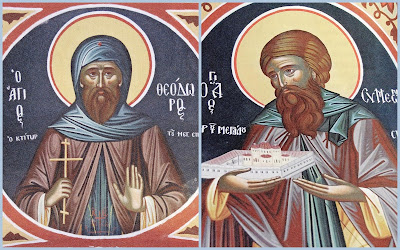 By Monk Moses the Athonite
They were born in Thessaloniki, and were brothers. When they came to Mount Athos, they were discipled under Venerable Euthymios the New. After being ordained priests they were seen as wise teachers of Mount Athos, distinguished for their asceticism.

Withdrawing from Mount Athos they went to venerate in the Holy Land and at God-trodden Mount Sinai. They returned to Mount Athos but left again for Thessaloniki and Thessaly, preaching against the heresy of the iconoclasts. They settled on the mountain near Thermopylae, continuing their inner struggles and after a vision they went to the Great Cave (Mega Spelaion) near Kalavryta in the Peloponnese. There they met with the shepherdess Saint Euphrosyne and after finding the miraculous icon of the Theotokos, they built a monastery.

They traveled all over the Peloponnese and with their fervent preaching, their letters and their virtuous life they supported the believers in the Orthodox doctrines. Predicting their end, they catechized their disciples properly and, after their repose, their relics became a source of healing.

According to their biographers, they are presented as the first famous ascetics of Mount Athos, organizers of monasticism, defenders of holy icons, builders of churches, missionaries and miraculous saints.

Their memory is honored on October 18. 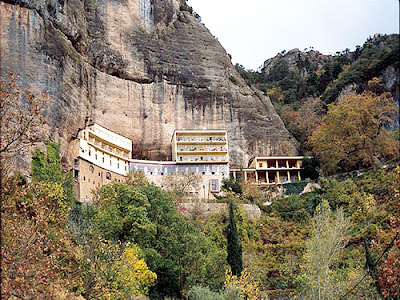 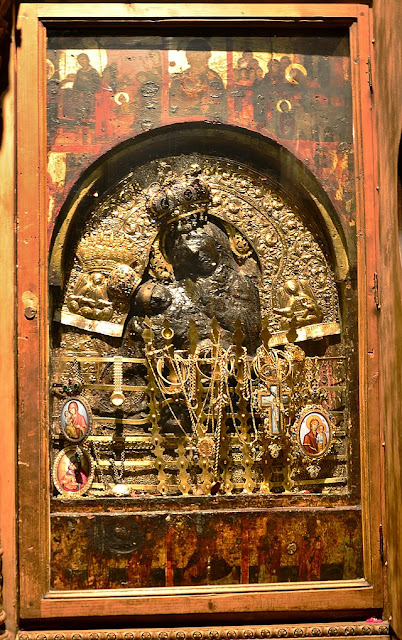 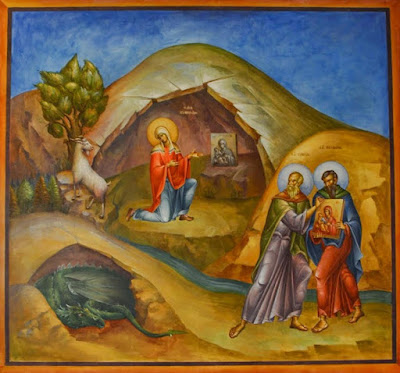