The Remarkable Byzantine Church of Saint Sozontos in Orchomenos 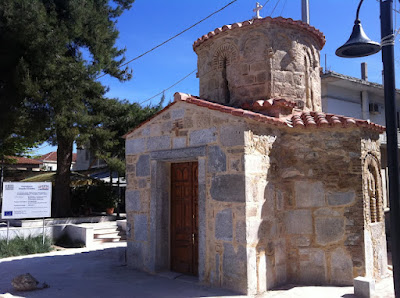 In the central square of Orchomenos, near the Church of Panagia Skripou, is the magnificent Church of Saint Sozontos (or Sozon, locally known as Saint Sostis), which for many years, while the Monastery of Panagia Skripou operated, was the parish church of the settlement.

The small church dates back to either the 11th or the 12th century, but there is no evidence of its history. According to tradition, it was built by the late 10th century Roman Emperor Basil II the Bulgar-Slayer after a victorious battle that took place in the region of Boeotia.

It is a small one-room church with a dome and three niches, which are three-sided on the outside. Its walls are built of various materials, mainly of ancient stones and ceramic elements in second use, while the dome has more careful masonry. The dome is twelve-sided, and is considered unique in its kind, as its configuration is found mainly in churches of Constantinople.

Inside the church are preserved fragments of frescoes, which belong to two main phases, one of the late 12th or 13th century and one of the 16th century. The older ones are the work of a very capable artist. In the niche of the sanctuary, the Virgin Mary is depicted enthroned among serving angels, while from the other representations the crosses on either side of the entrance stand out, which are related to the cemetery character that the church must have originally had. The later frescoes are preserved very fragmentarily, mainly at the bottom of the walls, and are attributed by some scholars to the well-known laboratory of the Kontari brothers, who came from Thebes.

Despite its small size, the Church of Saint Sozontos is undoubtedly a remarkable Byzantine monument of the wider area. It has historical and archaeological value, aesthetic value and antiquity and is a reference point of the city and a witness of social life.

The church celebrates on September 7th, which is the feast of Saint Sozontos. Here also is celebrated the Apodosis of Pascha. 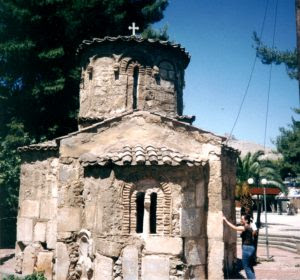 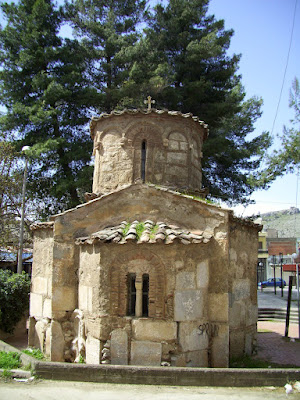 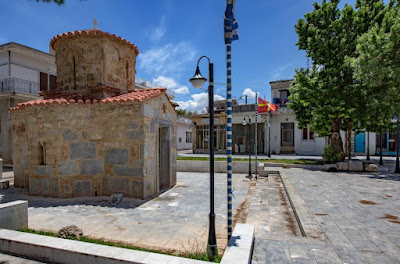 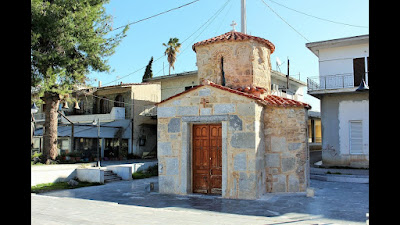 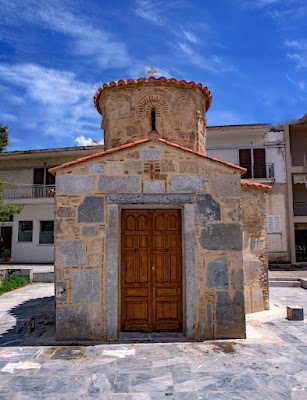