The Monastery of Panagia Tourliani in Mykonos 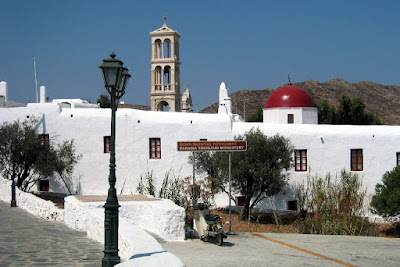 According to tradition, the Monastery of Panagia Tourliani was built by fugitive monks from Paros who sought asylum on the island of Mykonos in 1542 AD. The monks took refuge in the upper part of the island, in the small church dedicated to the Entrance of the Theotokos, where the nun Tourli served. The place of their settlement thus became known as Ano Mera.

Also according to tradition, the miraculous icon of the Panagia was found floating on the beach of the island, near the bay of Tourlos (hence the name Tourliani) on the west side of the island, a few kilometers north of Chora in Mykonos and is considered the work of the Evangelist Luke. What has been observed with the icon is that woodworms do not attach to it because it is painted on a plate of chewed wax and mastic from Chios, a mixture invulnerable to insects.

There was an early debate as to where the miraculous icon should be kept, in Ano Mera or Chora where it was found. A compromise was reached by the residents of Mykonos who arranged for the icon to be in Chora during the winter months, including Great Lent, and then to be brought to Ano Mera for the summer months. Twice a year a large procession accompanies the icon to each place.

In 1757-1767 the Monastery, dedicated to the Dormition of the Theotokos, was renovated by the monk Ignatios Basoulas and acquired its current form. The remarkable wood-carved "baroque" iconostasis of the three-aisled church, the episcopal throne and the pulpit (late 18th century) are said to have been made in Florence, while the beautiful icons of the iconostasis belong to the hagiographer John "from Kerkyra".

The architecture of the complex impresses the visitor with its simple magnificence, who will explore in its courtyard the rich relief decoration of the marble belfry and the fountain, characteristic samples of the traditional marble sculpture of the Cyclades. In the collections of the Monastery there are many old tools and utensils, important church relics, hierarchical vestments, furniture (a wood-carved epitaphion, lecterns, etc.), post-Byzantine icons and various other tributes. 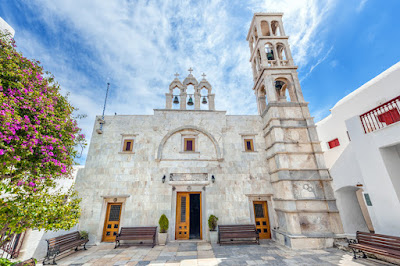 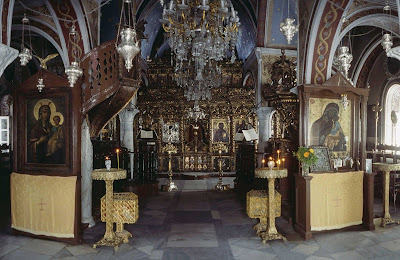 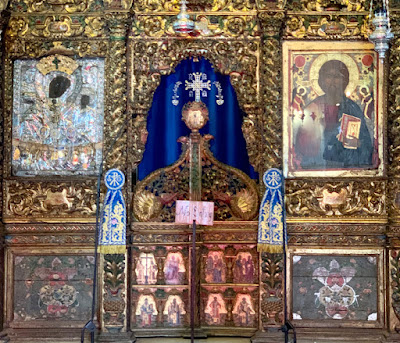 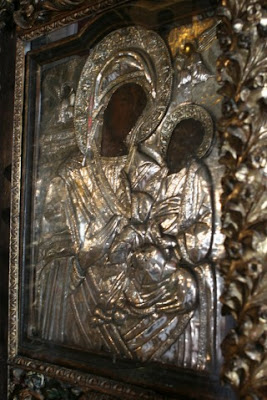 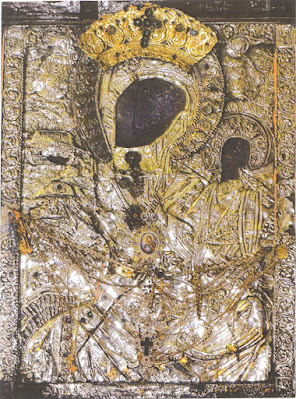 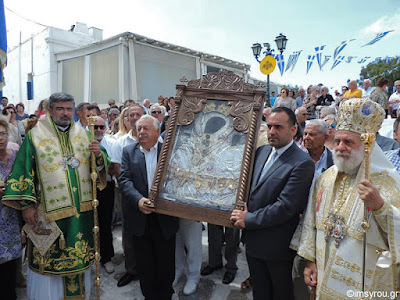 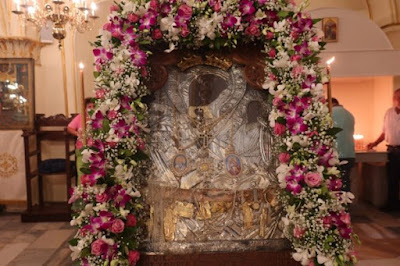