The Legendary Athonite Monk Who Never Saw a Woman 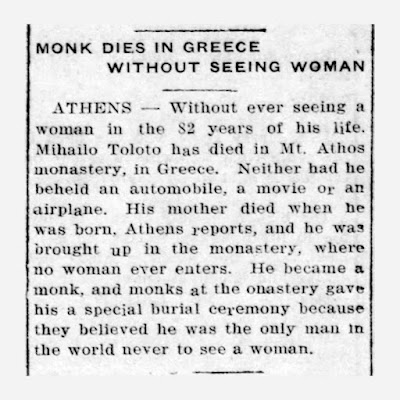 This newspaper clipping comes from the Edinburg Daily Courier, and is dated October 29, 1938. It describes what seems to be a Serbian or Romanian monk on Mount Athos born around 1856, whom some have cited as being the only man to have ever lived a full life without ever seeing a woman. This is due to the fact that he lived at Mount Athos since infancy till his death without interruption, and because Mount Athos holds to the strict avaton rule, that does not allow women on the monastic republic, he never had an opportunity to see a woman, at least not in person.
Some clarifications: Upon birth he may have seen a woman, but he just had no memory of it. Also, many who have been blind from birth have never seen a woman, though even they have had some sort of contact with them. This monk did not even have contact or any communication whatsoever with a woman. Also, he is often described as being a Greek monk, but the name to me indicates he was probably Serbian or Romanian. 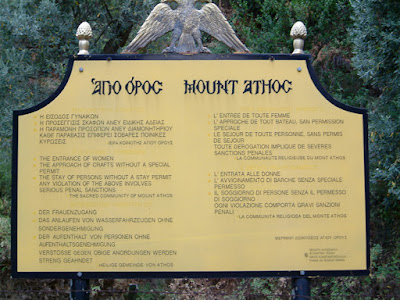 In 1949, the Nixon Furniture Company featured the story of Mihailo Tolotos (they tried to make his name more Greek sounding) in one of their ads (photo below from The Raleigh Register - Jan 7, 1949). They were worried that just as Tolotos had never seen a woman, perhaps the readers of the Raleigh Register hadn't seen all of Nixon's new furniture. 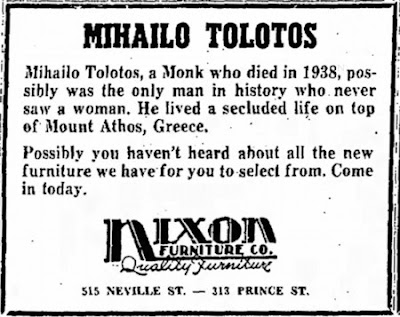 Also, a quick Google search shows how this monk has become legendary, but the memes made about the story are often more humorous than the story, as seen below: 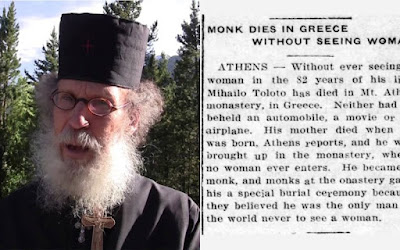 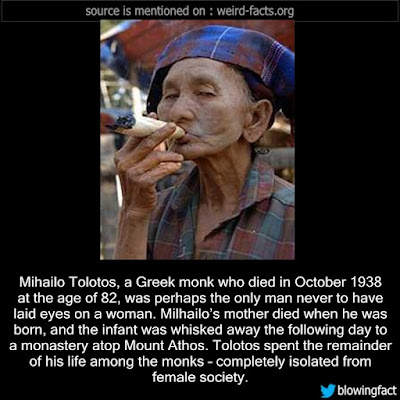 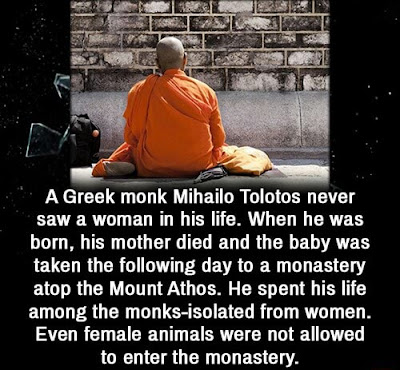 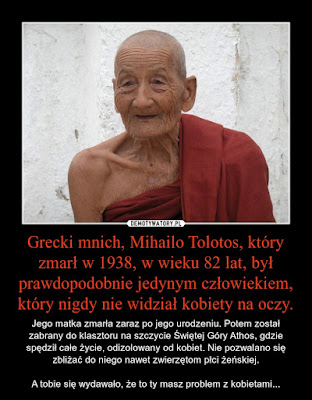 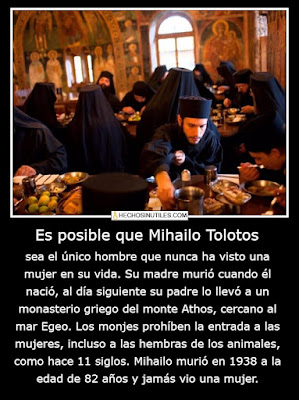 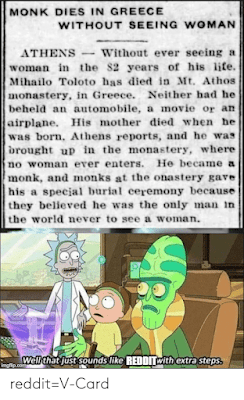 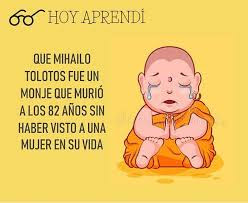