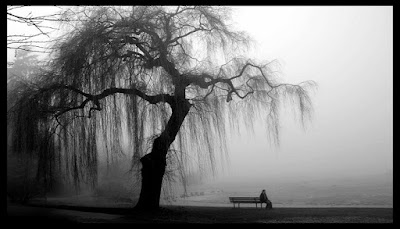 By Photios Kontoglou
Confusion and turmoil and chaos among the nations! Turmoil and shock and chaos also among the people, one by one. Where can one find the path in one's life with a high purpose, with stability and hope! It's a rare thing.

People today have become mostly empty creatures of every living idea, which would make them wander in the sea of life happy and lively, like a ship which is loaded with good cargo, and, full of hope and longing, pulls into the much-desired port, between the dry ground and wild rocks.

Today one often finds in front of them people who are so hollow of everything, that we should wonder, why did we not believe that there was such stupidity, such narrow-mindedness, such narrow-heartedness and meanness in the world. In these dry souls, there is nothing to warm them, even if it is the slightest thing. I am not talking about exceptional feelings, about some rare sensitivity. No! I am talking about the usual feelings, which were always found in all people. Yes, today they do not exist. Almost all people today spend their lives washed away from all essentials, without any true purpose, without true joy and pleasure, without any faith, and without hope. They are hooked on certain things, which they want to pretend to be great, but they are nothing. And their joys and their happiness, and their feasts, and their amusements, and their words and their jokes, are all tasteless and fake. This is because they lack the salt that at one time gave seasoning.

And the salt is the faith that man did not come into the world by chance, but he has to do, in this world, a work, small or great, and that he is not finished with this life, but that there is some mysterious order in which another door opens, when the door of this life closes. Where there is faith, there is hope, and the stronger the faith, the more certain the hope. Without hope, there is neither happiness nor peace in people. The other things that bewildered philosophers say are false. For this reason, the hopeless spoil the world to forget their hopelessness, they make a great fuss about having a good time, about the arts, about travel, about enjoyments.

All of this is a sad direction, a fraud worthy of lamentation. In order to fill the empty vase, which is themselves, they throw in what they can, so that they can fool themselves into thinking they are living, they have gained life, when in fact they are like the pierced tub of the Danaids, like paper lanterns which they imagine to be something from the outside that they are not. Such is the devastating activities of our time, which fills the world with thunder and lightning, though, deep down, it is a metal container, which is struck by those who say that they live and have gained "the great life", in order to drive away the black crows of despair that circle above them. They are frightened that they will be left alone with themselves, even for a few minutes, for otherwise they will feel their wretchedness. But how can a man truly live who is afraid of himself, who hides from himself?

And yet, this is the life of most people today. No fervor, no higher and sure purpose, no passion, no form of mania that has deeper roots. Cold indifference, mental sleep, spiritual indolence, fear, hidden despair, and a lot of fuss to cover up the embarrassment. And the fuss is nonsense, gossip, silly words, playing cards, drinking, scandals, crimes, any pettiness, which they take seriously, while no serious thing finds a place in their dazed minds and in their disintegrating souls. Spiritually, there is nothing. I do not call spiritual what philosophers, writers and what the so-called "intellectual elite" call spiritual, but that which is spiritual for the Christian religion, that is, the faith in the eternal world that Christ revealed to us. Only this faith gives man hope, and without the hope of eternal life, reason is false. In the box that Pandora held at the time, there was still hope, since they threw aside all the good things within, while the box that people today hold, and which they say has every happiness in it, is all empty. For this reason, the divinely-tongued Apostle Paul says that the unbelievers are "those without hope", the hopeless.

Well, today we are in a state of mercy, even if we don't say so, asking for comfort in the hustle and bustle of a false life. Disbelief is enthroned in our hearts, and around it are her children - despair, spiritual sleep, insensitivity, fear, indifference, false compassion, meanness, suspicion, self-interest, hatred, ruthlessness.

The youth wither because they have - the unfortunate ones - no purpose in their life, no excitement for certain ideas, no appetite for anything. Cheerless and unenthusiastic. They are like a sleepwalker. They talk about unimportant things that they give great importance, and it will make you cry listening to their words, their quips, and seeing the silly direction which with them they try to give some importance to life. The souls of the young are ravaged by their wild instincts, which have been brought to the surface by the dark hell of human nature, certain enemies of mankind, some spiritual cannibals, who among them are led by a mad wolf called Nietzsche, a mummy who is like a crone called Voltaire, a certain nervous man called Freud, and a multitude of such vultures and crows and bats. Those who admired them, may they be proud today of the medicinal mushrooms that have sprouted in the hearts and souls of gangrene humanity.