Venerable Avvakum of Fterikoudi, the Wonderworking Saint Who Heals the Deaf

Venerable Avvakum was most likely a local Saint of Pitsilia, but according to his synaxarion, he was one of the "Three Hundred" refugees from Palestine who came and landed in Cyprus after the Arab persecutions when they conquered Palestine and Syria. Avvakum, who appears to have been a monk or ascetic in the Jordan Desert, sought refuge in the mountains of Cyprus. After touring the mountains of the Solea area, he finally ended up on Mount Kalamithia, near the villages of Kalamithasa (which does not exist today) and Fterikoudi.

There he lived in a cave that he found and immediately entered the spiritual arena of spiritual struggles, fasting, humility, landlessness, nakedness, and enduring the cold of winter. But he spent most of his time praying, so he was able to cleanse himself of passions and was found worthy to be granted the gift of miracles not only with physical illnesses but also the illnesses of the soul. Many deaf people especially who had turned to the Saint found the cure for their ear problems and their deafness. But the Saint performed many other miracles until he reposed in peace in his old age. 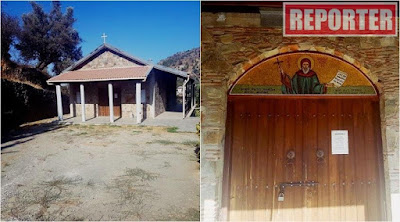 His holy relic was buried with honors by the faithful of the area and then a church was built in honor of the Saint. The tomb of the Saint and his bones were recently discovered in the western part of his old church, which is in ruins under the new church. And after his death the miracles continued for those who fled to him, especially the deaf.

Next to the south side of the old church of the Saint are, as the residents of the village of Fterikoudi say, some of the ruins of the hermitage that the Saint built when he lived, when he left the cave where he lived in asceticism in a more elevated area, perhaps due to the cold. Older residents of Fterikoudi were able to catch a glimpse of the pieces of plaster that fell from the old church of Saint Avvakum in which traces of frescoes could be seen. The church fell into ruin in 1575 during the Turkish occupation. 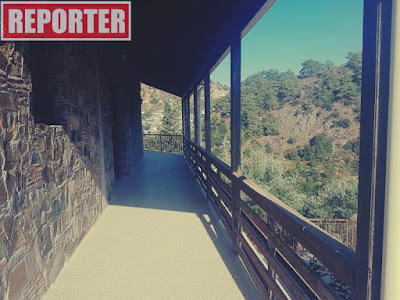 The village is located in one of the highest points of the area of Pitsilia and the Troodos mountain range. There are three churches in Fterikoudi. The central church is dedicated to Saint Nicholas. At the edge of the village, on the southern mountain, between the forest and in areas remote from the community there are two small chapels. That of Panagia Chrysogalousa and the Chapel of the Venerable Avvakum. It is the third one that residents especially tell visitors to visit, because of the Saint's fame for his miracles, especially for the deaf.

The memory of Venerable Avvakum the Wonderworker is celebrated on December 2 together with the Old Testament Prophet Habakkuk (from which comes the Greek name Avvakum). 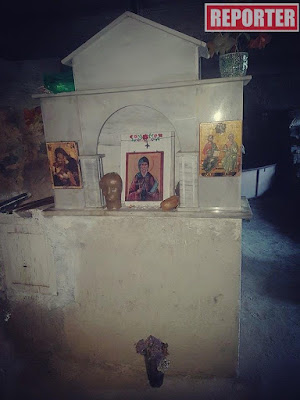 In his book on Venerable Avvakum, the hymnographer Dr. Haralambos Boussias lists a number of miracles of the Saint, of which the following two testimonies are recorded.

1. "In the year 2000, during my military service at the shooting range, I suffered a hearing injury, as a result of which I constantly heard a slight continuous buzzing in my right ear. I came with my parents to the grace of the Saint here in Fterikoudi, I invoked the Saint to heal me, and the sound that bothered me in my right ear stopped." 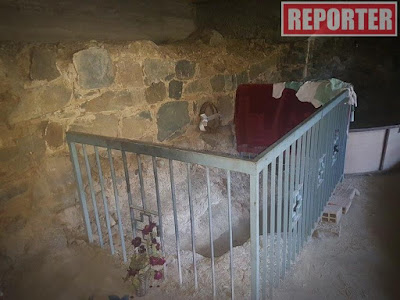 Apolytikion in the First Tone
The offspring of Cyprus, and the boast of Kalamithasa, you were shown to be a wonderworker, our Venerable Father Avvakum. You appeared as a luminary of Solea, as a brightly shining lamp, O wise one, healing the sick as well as the deaf, blessed one. Glory to Him Who gave you strength, glory to Him Who made you wondrous, glory to Him Who works through you all manner of healings.
John at 4:12:00 PM
Share
‹
›
Home
View web version