"A Woman Died and the Whole Place was Fragrant" 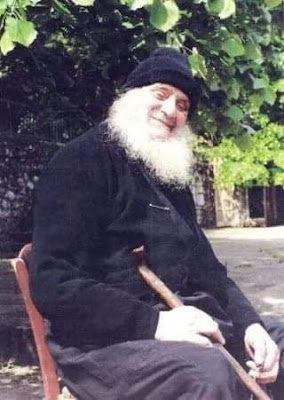 There was a very poor woman in a small village of Aitoloakarnania who had three children. She managed to raise them with incredible deprivations and difficulties, while at the same time with a unique dignity! This, was Mrs. Vasiliki.

She died on the eve of the Dormition of the Panagia in 1998. The next day, August 15, the cheap coffin with her body, which was on the wagon of the small farm truck of the priest, was headed to the cemetery.

On the way to the funeral, some of her fellow villagers followed and talked about the suffering she had gone through while she was alive, when, suddenly, the whole place was filled with a fragrance: if there were thousands of flowers and roses, indeed, there would not have been such a scent! Everyone was surprised and amazed. But they could not explain why this happened.

Among those in attendance was a spiritual child of the late Elder Ambrose Lazaris (1912-2006), the charismatic spiritual father of the Sacred Monastery of Dadiou.

A few days after this wondrous, yet for many unexplained event, this spiritual child went to the divinely-illumined Elder Ambrose, and told him about all that took place. However, he did this laconically and succinctly, saying only: "A woman died and the whole place was fragrant."

Elder Ambrose, at first, remained silent. Then he went into his room, stayed there for a while, and then returned. He then offered the following explanation:

"She became sanctified! And you know why? Because never in her life did she complain! These are the types of people God wants, in order for Paradise to be filled up and for Him to make His Second Coming. Do you understand?"