How Hagia Sophia Became a Museum in 1934

For almost a thousand years Hagia Sophia in Constantinople served as a house of worship for Orthodox Christians, until 1453 when the City fell to the Ottomans and Hagia Sophia became a house of worship for Muslims. Despite the majority of the population of Turkey being Muslim, the first president of the newly-established Turkish Republic, Mustafa Kemal Ataturk, turned Hagia Sophia into a museum in 1934.
There were at least three primary factors for Ataturk making Hagia Sophia a museum. First, it was very expensive to maintain. In 1934, Hagia Sophia was on the verge of falling into ruin, being a neglected dump. According to Ataturk, this was because he didn't have the funds to renovate it. If it became a museum, however, then the funds would allow for its renovation. Second, the Balkan Pact was a treaty signed by Greece, Turkey, Romania and Yugoslavia on 9 February 1934 in Athens, aimed at maintaining the geopolitical status quo in the region following World War I. To present a united front against Bulgarian designs on their territories, the signatories agreed to suspend all disputed territorial claims against each other and their immediate neighbors which followed in the aftermath of the war and a rise in various regional ethnic minority tensions. Ataturk thought that the conversion of Hagia Sophia into a museum would be seen as a favor to the Greeks and would help save the Balkan Pact. Third, the conversion of Hagia Sophia into a museum would be seen by Europeans and the West as a form of diplomacy and progressivism on the part of the Turkish Republic, which was surrounded by Orthodox Christian countries such as Greece, Bulgaria and Russia that viewed Hagia Sophia as part of its own inheritance. By inching closer towards the values held dear by the West, Turkey could also profit by becoming more European.
The complex had remained a mosque until 1931, when it was closed to the public for four years. During this time the interior preservation of Hagia Sophia was taking place by the Byzantine Institute of America, with the uncovering of its mosaics that had been plastered over. The Byzantine Institute of America was privately funded and incorporated in Boston by the Byzantinist Thomas Whittemore (1871-1950), a native of Cambridge, Massachusetts. Ataturk followed closely the work of Whittemore and his Institute, and it was at Whittemore's urging that Ataturk was convinced to make Hagia Sophia into a museum. Of the radical and sudden transformation of Hagia Sophia from an active mosque to a secular museum in 1931, Whittemore wrote: "Santa Sophia was a mosque the day that I talked to him. The next morning, when I went to the mosque, there was a sign on the door written in Ataturk's own hand. It said: 'The museum is closed for repairs.'"

Thomas Whittemore was a tiny man, 5 feet tall and weighing just 110lbs. He was deeply religious and a vegetarian. Although he was short he seems much larger in photographs dressed in formal attire and wearing a hat. His men called him Mr. Whittemore, Tom or "Chief". Before the Russian Revolution, during World War I he had worked with the Grand Duchess Tatiana's American Automotive Ambulance corps. After the Revolution he helped tens of thousands of Russians to escape the Bolsheviks. He organized relief organizations to house and feed the refugees on the Prince's Islands, just outside the City. He raised millions of dollars to finance this work. He was distressed and mortified at the human cost of the revolution and witnessed the beginning of the wide-spread destruction of religious art and churches by the new Soviet regime. Whittemore's interest in Russia had been, in large part, focused on the Orthodox - Byzantine religion and its art.
He had a fascination with the beautiful and spiritual things created in the Byzantine world, that were virtually unknown in the West at that time. Until then, western art experts had always looked down on Byzantine art as unworthy of serious study. The irregularities and strange perspectives were not easy to appreciate by historians, most of whom were Protestants, who believed that religious art must be orderly and free of anything that smacked of idolatry, especially icons. This attitude was changing in the 1920's when the beauty of Byzantine art was being widely promoted by artists like Matisse. "Sailing to Byzantium" was published by Yeats in 1926 followed by the poem "Byzantium" in 1930. This change in attitude came at just at the right time to create the Byzantine Institute of America which was led by Whittemore.
Whittemore was a member of the most affluent and influential circles in Boston in the first half of the twentieth century. It was a primarily Protestant ‘aristocracy’ of literati, who supported the founding of neo-Byzantine churches and collected Byzantine art. Among his close friends and supporters for his project were men and women like the industrial heir John D. Rockefeller Jr., the diplomat couple Robert and Mildred Bliss and, one of the pioneers of the American oil industry, George D. Pratt. The Bliss couple also founded the Dumbarton Oaks estate, now home to the institution with which the Byzantine Institute merged. This was an immensely wealthy group of patrons, that is unparalleled in the present day. They were all Philhellenes, who sought the restoration of Hagia Sophia as a Christian church. Whittemore was able to focus all of his interest and the resources at his disposal on his grand project: the restoration of Hagia Sophia’s mosaics.
'
With all the funding he needed, Whittemore gained access to Hagia Sophia. At the same time a new Turkish ideology was forming - the 'Turkish History Thesis', which was an effort to make the entire history of Turkey into something that was always Turkish. Thus the Turkish minister of education in the mid 1930’s wrote: "All historic works in Turkey attest to the creativity and culture of the Turkish race, even if they are referred to as Hittite, Phrygian, Lydian, Roman, Byzantine, or Ottoman. Denomination only designates periods. All are Turkish, and hence it is the duty of all Turks to preserve them." Therefore, while Whittemore emphasized the Greekness and Christian past of Hagia Sophia back in Boston, in Turkey he spoke of it as a monument of Turkey's greatness to Ataturk and his ministers.
Turkish association with the Ottoman past was very ambivalent. The Ottoman building tradition was regarded as ideologically and aesthetically unsuitable to the progressive and revolutionary discourse of the new regime. At the same time, however, there was also a longing for pride in the greatness of Turkish history and just as Byzantine history became part of the Turkish past, so did Ottoman history. Hagia Sophia lent itself particularly well to the Turkish historical agenda and as a consequence of this search for a national history Hagia Sophia became part of the past. The living mosque had to make way for a monument in which almost 1500 years of Turkish history could be venerated. Hagia Sophia became a lieu de mémoire, not of Byzantine or Ottoman history, but for the glory of Turkish history.
Whittemore himself was something of an eccentric. He had a flamboyant personality which was not appreciated by his colleagues who criticized his lack of scientific discipline. They also complained that in his later publications documenting the work that had been done on Hagia Sophia he took credit for the work of others, which is true. He was invited by President Roosevelt to discuss his work in Hagia Sophia which was widely reported in the press. He was able to show Roosevelt a color movie that had been made of the restorers at work. There is tremendous value in publicity in the promotion of cultural preservation. This fostered jealousy by those who didn't share in the limelight with him. Some felt they deserved more glory than Whittemore. 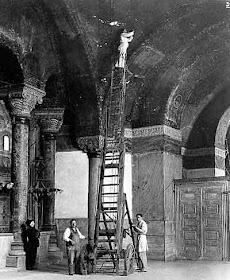 In 1934, work focused on transforming Hagia Sophia into a museum. In August 1934, a nine-member delegation headed by the General Manager of Museums in Istanbul, Aziz Ogan, starting working on the project. The delegation immediately decided to start placing Byzantine sarcophaguses and baptismal fonts from the Asar-I Atika museum and architectural pieces from various districts of Istanbul in Hagia Sophia’s garden, in addition to exhibiting carpets, lanterns, candlesticks and calligraphy works from the Turkish-Islamic Art museum in glass cabinets inside Hagia Sophia. However, in letters that where later sent to and from the Turkish capital Ankara, the delegation decided to forgo this decision and instead agreed to only display the architectural pieces and gravestones found in the Hagia Sophia courtyard.
On November 24, 1934, a motion was passed by the Board of Ministers, officially declaring Hagia Sophia as a museum, a decision which was going to become one of the most controversial subjects in Turkey for many decades afterwards. Two points of this motion have been the main focus of debates up until today, the first being over a matter of confusion regarding the numeration and date of the decree, as another decree was also issued two days before the official date. The second point is the signature on the decree.
The signature on the decree dated November 24, 1934 spells K. Ataturk. However, it is well-known that the founder of Turkey and first president had not yet adopted the surname Ataturk on that date, and was back then simply known as Gazi Mustafa Kemal. This has made many believe that Mustafa Kemal Ataturk’s signature was forged.
Regardless, the process of transforming Hagia Sophia mosque into a museum proceeded quickly. In a protocol meeting between the Mayor of Istanbul, the Foundations Director and the Museums General Manager, the mosque was transferred from the Foundations department to the Museums department. On February 1, 1935, Hagia Sophia was officially opened as a museum. 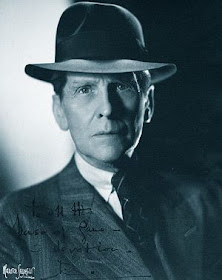 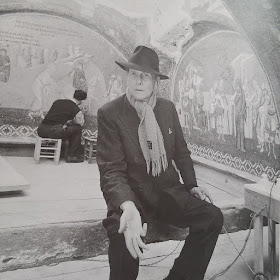 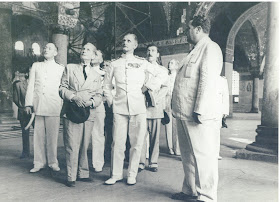 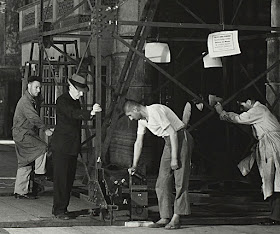 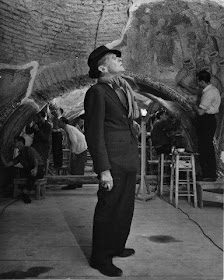 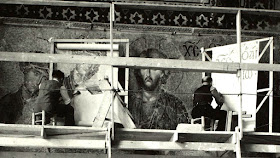 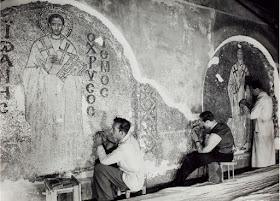 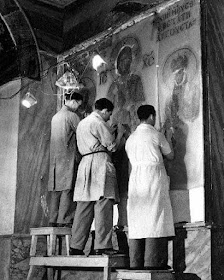 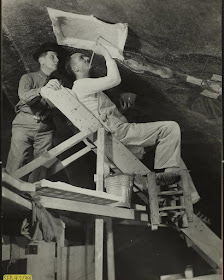 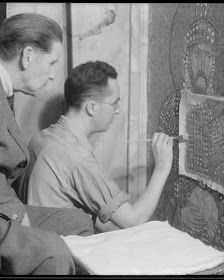