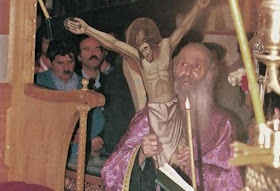 By Archimandrite Gabriel,
Abbot of the Monastery of the Venerable David in Evia
When Iakovos [1920-1991] was a soldier in the army he was just as devout as he was before. He maintained his faith, his prayers, his love for others, and his obedience to his superiors. This is why he was liked by his superiors, by his commander, and by the Lieutenant Colonel Polykarpos Zoes. Of course, as was often the case, his fellow soldiers teased him and scorned him, but he treated them with love, joy and patience.
Iakovos served four years in the army because of the Civil War at that time. Once, during the Paschal season, his commander gave him permission to leave for all of Holy and Great Week, being aware of his pious desire to follow and participate in the Services of Holy Week and the Resurrection. Happily, therefore, with his permission papers in hand, he went to the barracks. There he saw a fellow soldier very distressed and sad, who said to him: "Well done, Iakovos, for securing permission; you will have your services and be just fine. As for me, I'll be shut in during those days while my fiance will be waiting for me."
Iakovos thought about what he said, and sympathizing with his fellow soldier he said to him: "Don't worry, I'll go to the commander and instead of myself you take the permission and go." He even asked him what days he wanted to take off. The other soldier replied: "Well, shouldn't I be there for Holy Thursday? and then do the Crucifixion there? and shouldn't I stay for Holy Saturday? and do Pascha with my fiance?" To this Iakovos responded: "Alright, I'll arrange everything with the commander." Indeed he went to the commander, mediated on his behalf, and he gave the permission papers to his fellow soldier.
And having received permission to do this from the commander, he himself stayed behind to keep guard during all of those holy days. He didn't think to say to himself that he had a pious desire to go and pray, while this other soldier is going to his fiance. Out of love for his fellow soldier he sacrificed his permission, and stayed behind to keep guard. And from the place where he kept guard, he would hear the bells ring from the church and see the Christians going to the services, while he would imagine himself at the services and would chant from where he kept guard whatever hymns of Holy Week he could remember. 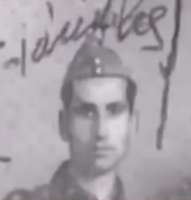 The story above was once told by Saint Iakovos himself to Metropolitan Neophytos of Morphou, when he visited him as a student, and the Metropolitan recalled the story in a recent talk about the Holy Elder in the following way, with some very interesting additional details:
When Elder Iakovos of Evia was serving in the army before he became a monk, he was granted permission to take all of Holy Week and Pascha off.
But during the week, he noticed one of his fellow soldiers was very depressed. And he asked him, “Why are you so sad, George?”
“Iakovos, you with your religiosity, managed to convince the commander to give you the entire week off. You will be fine with your chanting, your monastic practices, but how about me? I also want to go to my village to spend Pascha with my fiance.”
“Okay, George, you want the day of Pascha off – do you also want a couple of other days off?”
“Well, it would be good to have Great Friday off, and even Thursday, so I can get to church and hear a couple of Gospels.”
“Don’t worry George, I will take care of it.”
This man of God, who lived for these services – this was his life, these hymns were his breath – he sacrificed it all for his fellow man, and he stayed inside the barracks – Holy Thursday, Holy Friday, Holy Saturday and Pascha Sunday.
Out of curiosity I asked him, “Very well, Elder, how did you pass these days?”
“I was serving guard duty, and I was on a hill watching the citizens of Athens going to their churches, and I was trying to repeat the Prayer of Jesus. And on the night of Pascha, when I heard the joyous bells, I sighed and I said, ‘O my Christ, now our Christians are receiving Your Holy Light.’ And as I said this, the Holy Light came to me as well!”
“How did this happen, Elder?”
“Well, my child, a light came from on high and rested on me, and I became all light!”
The man of God had sacrificed the created light of the Paschal candle, and he received the uncreated Light of Divinity. This was Elder Iakovos. This was inside his nature – the willingness to sacrifice even his prayer and his personal effort and struggle, for the love of his neighbor. 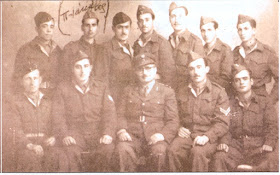