Blessed Matrenushka the Barefooted of St. Petersburg, the Fool for Christ (+ 1911) 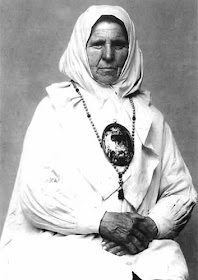 Matrona (Matrenushka) Petrovna Mylnikova was born in 1814 to a peasant family in the Kostroma province. Her parents Peter and Agafia also had three sons named Macarius, Allexander and Ivan. Nothing is known about her childhood except that she was never educated.
She married Egor Mylnikov, a tradesman of the city of Kostroma. The family had their own house and grocery store. During the Russo-Turkish War of 1877-1878 her husband was drafted into the army, and Matronushka went with him to the front where she served as a nurse. Even then, her humble soul, which received from God a great gift of compassion, was fully manifested. She helped everyone as she could, distributing all her meager belongings to poor soldiers.
After her husband died in the war, Matronushka decided to devote her whole life to God. After the war ended, Matronushka returned to Kostroma, sold the property, distributed the money to the poor and went on a pilgrimage throughout Russia and Palestine, taking a vow of foolishness for the sake of Christ. From that moment until her death (33 years later) she went about only barefoot. Even in winter, Matronushka wore light summer clothes, always white. 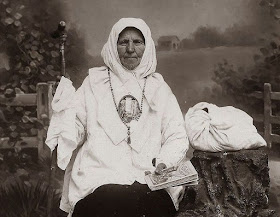 Matronushka spent the last 30 years of her life in St. Petersburg. She lived first on the Petersburg side, and then 16 years at the Chapel of the Mother of God “Joy of All Who Sorrow” at Shlisselburgsky Avenue. Barefoot in winter and summer, in a light white robe, with a staff in her hand, she often prayed at the Sorrowful Chapel. In the 1880s, she took monastic vows under the name of Maria.
Several thousand people visited the blessed Matronushka every year, asking for her prayers to help in illnesses, the sorrows of everyday life and a wide variety of needs. She radiated love and warmth, was perspicacious, and her prayers, by the will of the Lord, had great power. She received everyone, consoled them, gave advice, prayed with the afflicted. Through her prayers, alcoholics got rid of their serious illness; many descriptions of cases of miraculous healings have been preserved. People who had any serious need received what was necessary by praying to God with her. Matronushka warned many people of imminent danger. They carefully listened to her words.
Sometimes receiving large funds as a gift, Matronushka immediately distributed them to the destitute poor, sent donations to poor parishes and monasteries, and also bought the Gospels and icons that blessed people who came to her. 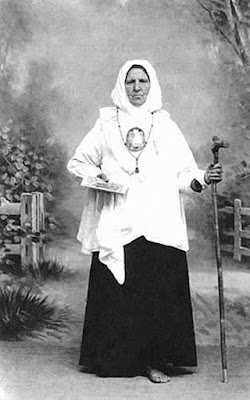 The discerning old woman helped people with her prayers, warned against impending misfortunes, and opened the Providence of God to many. High-ranking loyal subjects of the sovereign, going to places covered by epidemics and wars, came to her. The old woman sprinkled everyone with holy water, blessed with an icon, and amid mortal danger, they remained unharmed. But sometimes the blessed old woman refused to pray for someone's health, indicating instead the day of the impending death of the patient.
From the beginning of 1909, Matronushka began to prepare for death. Every Sunday during the last two years of her life, she partook of the Holy Eucharist and was anointed with Holy Unction several times. In early March 1911, she felt very unwell and was weakening. Towards the end of the month, the old woman said: “I will leave you together with water and ice.”
The old woman quietly departed on March 30, 1911, when the ice drift began on the Neva. The funeral day for Matronushka coincided with Palm Sunday. It is noteworthy that the liturgy, on the day of the funeral, was performed by priest Pyotr Skipetrov, who became the first Petrograd new martyr a few years later. 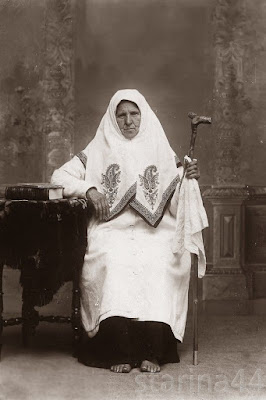 It is known that Matronushka was highly revered by the royal family. In 1901 Empress Alexandra Feodorovna gave birth to her fourth daughter, Anastasia, and there was a fear by Tsar Nicholas II and the Empress that he would not have an heir. Matronushka the Barefooted was the first of those renowned for their prophetic gift to be brought to the palace and over the course of several days they were assured through her prophetic gift that they would receive a male heir. Empress Alexandra Feodorovna, upon learning of the death of the blessed old woman, cried for a long time. By her order, a wreath was sent to the grave. Known photographer Karl Bulla and the poet Anna Akhmatova also revered Matronushka.
About 25,000 people gathered for the funeral of the blessed old woman Matronushka. The farewell words of Archimandrite Alexander were touching: “... The Lord sets aside such lamps that arouse among the people a love for the Orthodox Church.... We will pray in the hope that there, in the other world, we will be not far from this woman who has risen to such a spiritual height. At the height of the Heavenly Throne, do not forget us, Matronushka, with your prayers.” 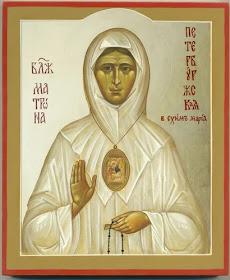 They buried her at the at the Chapel of the Mother of God “Joy of All Who Sorrow”. In Soviet times, this chapel was destroyed, and the grave of the blessed Matronushka was lost. In the 1990s, the surviving chapel turned into a church, which became the courtyard of the Zelenetsk Holy Trinity Monastery.
In 1997, the grave of the blessed Matronushka the Barefooted was found and restored, and near her on Sundays funeral services are performed. Newly believing people got the opportunity to come to the blessed old woman to ask her for help through her intercessions. The Matronushka does not reject anyone, she prays for everyone, and helps everyone as much as possible, as testified by her numerous miracles. 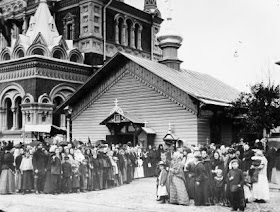 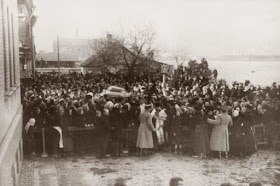 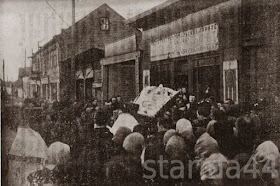 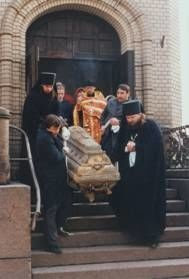 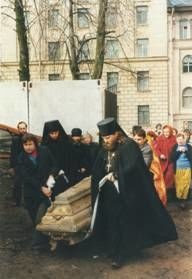 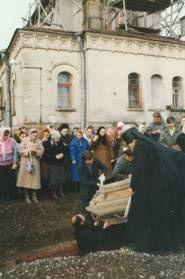 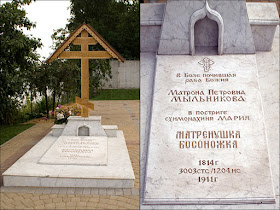 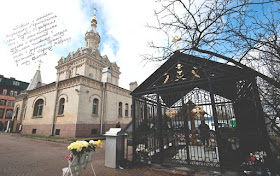