The Prison Cell of the Apostle Peter in Jerusalem 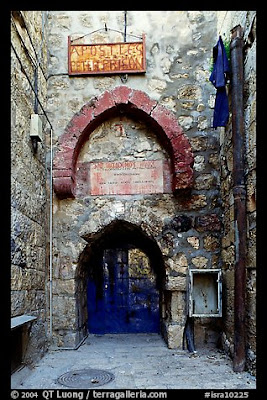 In the Old City of Jerusalem, near the Holy Monastery of the Praetorium, where the Prison of Christ is located, and after the stone-paved path towards the north-east side there is the Holy Monastery of Saint Nicodemus. This monastery is built over the ruins of Simon the Pharisee’s house. Christ was hosted in that house and spoke with Nicodemus who was a secret disciple of His. Nicodemus together with Joseph of Arimathea asked Pilate to give them the body of Christ for burial after the crucifixion. In the basement under the church of this monastery is the Prison of Saint Peter from which he was miraculously freed by an angel. The Holy Monastery is more known as the Monastery of the Fakis (Lentils), because it was used as a place to cook lentils for the workers who were building the Church of the Resurrection. In fact, the big cauldron, the cauldron of Saint Helen, is still kept there.
In this chapel known as the Prison of Saint Peter, the Apostle Peter was incarcerated by King Herod Agripa. Herod intended to offer him for execution to the Jews, in order to please them, as was the case with the Apostle James, the son of Zebedee and brother of the Evangelist John (Acts 12:1-3). While Herod was conspiring to do this, God sent an angel to release the Apostle Peter from his chains and lead him from the prison to the gate outside the city. (Acts 12:10-11). Every year on January 16th, for the Feast of the Veneration of the Chains of the Apostle Peter, this event is celebrated. 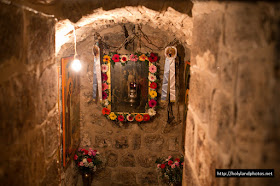 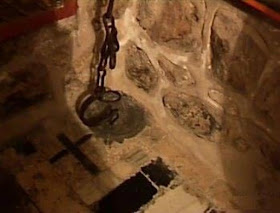 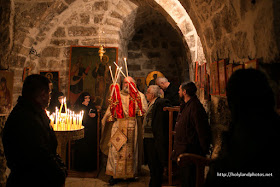 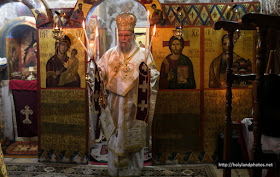 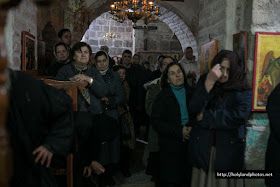