The Fate of the Relics of Saint Sava of Serbia 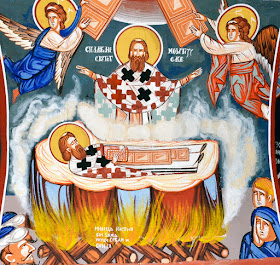 Saint Sava, Archbishop of Serbia, reposed in the Bulgarian capital of Tarnovo on 14 January 1235. He was respectfully buried there at the Holy Forty Martyrs Church by Saint Joachim the Archbishop of Tarnovo. After being there for over two years, on 6 May 1237 the Serbian King Vladislav had the relic of the Saint transferred near Prijepolje, in southwest Serbia, to Mileseva Monastery, built by Vladislav in 1234. Saint Sava was then canonized, and his incorrupt relic was the source of many miracles.
When the Serbs in Banat rose up against the Ottomans in 1594, using the portrait of Saint Sava on their war flags, the Ottomans retaliated by incinerating the relic of Saint Sava on the Vracar plateau in Belgrade. Grand Vizier Koca Sinan Pasha, the main commander of the Ottoman army, ordered for the relic to be brought from Mileseva to Belgrade, where he set them on fire on 27 April. Monk Nikephoros of the Fenek Monastery wrote that "there was great violence carried out against the clergy and devastation of monasteries." The Ottomans sought to symbolically and really set fire to the Serb determination of freedom, which had become growingly noticeable. The event, however, sparked an increase in rebel activity, until the suppression of the uprising in 1595.
The burning of Saint Sava's relics is a Serbian Orthodox feast day commemorated on 10 May. In 1774, he was proclaimed the patron saint of all Serbs. After Serbia gained full independence from Ottoman domination, a cathedral dedicated to the Saint was planned over the spot where his relic was burned, part of the modernization plans of Belgrade. Although the construction board for the church was established in 1895, the construction of the winning concept, based on Gracanica and Hagia Sophia, began in 1935. Construction stopped during World War II and the Communist rule, only to be restarted after permission in 1984; as of 2020, the exterior is finished and interior nearly completed.
The site where Saint Sava's relic was burnt, the Vracar plateau, became the new grounds of the National Library of Serbia and the Church of Saint Sava, which is one of the largest cathedrals in the world. However, there is some doubt that the present Vracar plateau was the actual spot where the relic of the Saint was burned, since the Vracar plateau in 1594 was well beyond the city walls. In 1594, the Vracar plateau was in Čupina umka, which is believed to be in Tašmajdan between the Church of Saint Mark and the Tašmajdan Sports and Recreation Center.
The burning of the relic of Saint Sava not only did not extinguish his veneration among the Serbian people, but it served to further enhance it. It is believed that his left hand was saved from being consumed; it is currently held at Mileseva Monastery. It is believed that before the relic of the Saint was transferred to Serbia, a finger was kept in Tarnovo. The fact that the hand of the Saint is missing a finger seems to confirm this fact, though some do doubt the hand is really that of Saint Sava and probably belongs to an unknown saint. The episcopal staff of Saint Sava is also kept at Mileseva. 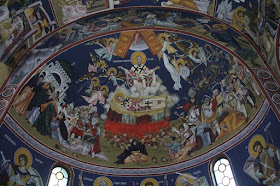 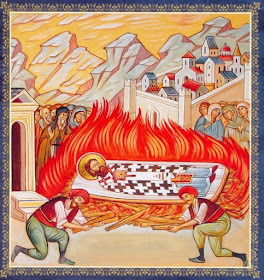 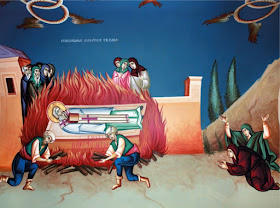 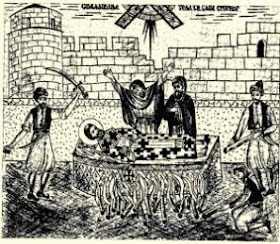 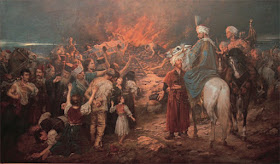 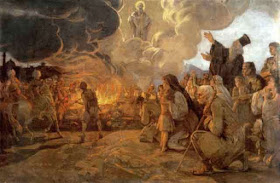 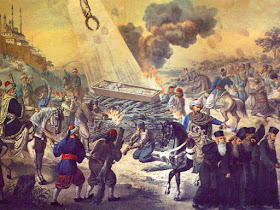 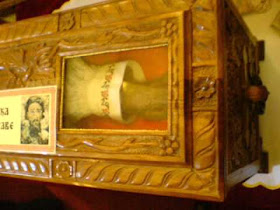 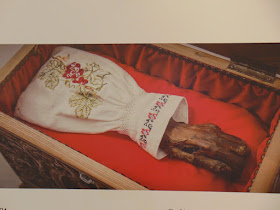 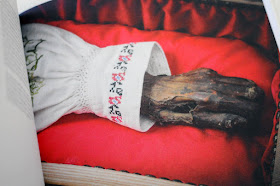 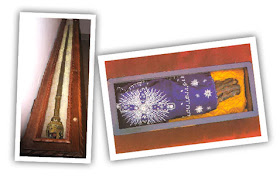 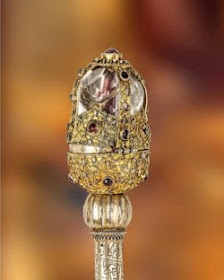