Venerable Kyriakos of Bisericani is one of Romania’s greatest ascetics, and in his life he was like the great Fathers of the Egyptian desert.
He lived in the Bisericani Monastery in Neamt at the beginning of the seventeenth century, which then had more than a hundred monks. Longing for a life of solitude, Saint Kyriakos went to live in a cave at Mount Simon and remained there for sixty years.
Like Saint Onuphrios (June 12), Saint Kyriakos went about naked in summer and in winter, and his body became overgrown with hair. He glorified God with unceasing prayer and ascetical struggles, and Christ gave him the grace to overcome the demons which assailed him.
Attaining great holiness and perfecting himself in virtue, Saint Kyriakos fell asleep in the Lord on December 31, 1660. His relics were buried in his cave, where there is now a small chapel dedicated to him. Later, because of unsettled conditions in the land, the faithful took portions of his relics away in order to preserve them.
On June 6, 2008 he was canonized by the Patriarch of Romania. 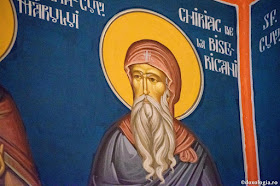 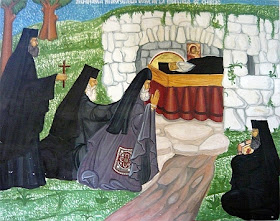 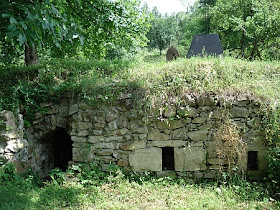 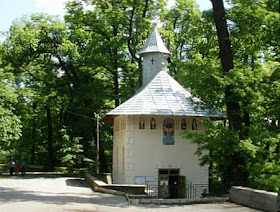 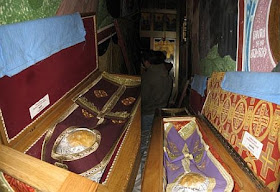