A Church in Crete Dedicated to Saint Joseph the Betrothed 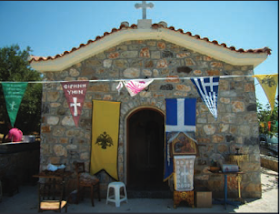 Sfakia is a mountainous area in the southwestern part of the island of Crete, in the Chania regional unit. There, in the village of Vouva, stands what is considered to be the only Orthodox church in Greece dedicated to Saint Joseph the Betrothed. It was built by Sifis Chiotakis, a writer who is involved in the politics of the village and is Vice President of the Thermal Hydraulic Association of Chania. Sifis had a dream to build a church in his village dedicated to Saint Joseph, from whom the name Sifis is derived (it is the most popular name in the area). When researching the matter, he learned that there is no other church in Greece dedicated to Saint Joseph. He therefore gathered all the men of Sfakia named Sifis to help. In all, 25 men named Sifis gathered to help together with 27 men named George, along with many others of the region. Work began on the church in 2007, and it was consecrated on July 25, 2009. Though the feast of Saint Joseph falls on the Sunday after Christmas, the feast of this church is celebrated on the last Saturday of July. 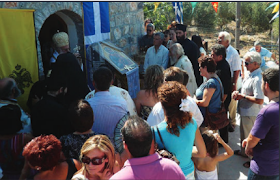 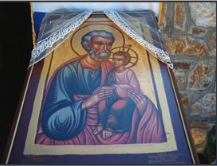 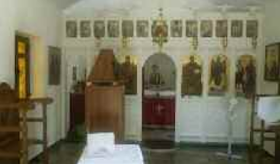