A Church and Village in Crete Dedicated to the Prophet Obadiah 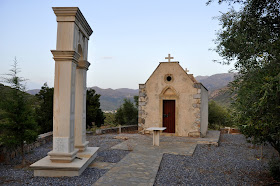 Avdou (Αβδού) village is 38km east of the city of Heraklion on the island of Crete and 15km from Hersonissos village on the road leading to the Lasithi Plateau. The village of Avdou is located in the Cretan hinterland, in a semi-mountainous location at the foot of Mount Selena and at an altitude of 230 meters.
The village of Avdou, according to tradition, was named after the Prophet Abdios (Αβδιού, pronounced Avdiou)), which is the Greek pronunciation for the Prophet Obadiah, whose chapel was in nearby Kontaria or Lines. This church was renovated by locals in 2005 and celebrates its feast on November 19th.
However, the origin of the name "Avdou" is disputed by some, who in turn believe that it dates back to the Saracen occupation and has its origins in the name "Abdul" (pronounced Avdul in Greek). Going back to Venetian rule there is mention of the river named Aposelimis that runs past Avdou. It is believed Aposelimis is a Greek compound of two Arabic words or names - Abdul + Selim. This river branches into two tributaries - one comes from the Kastelli area and the other from the Lagada area. The one tributary that springs from Kastelli's side is in Selim and the other from Lagadas' side is in Abdul. Aposelimis Dam is located near Avdou. 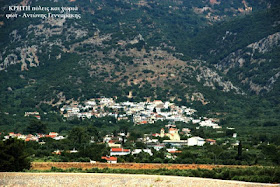 If this theory is true, it seems that residents of Avdou forgot the origins of the name of their village or perhaps sanctified it by dedicating it to the similarly named Prophet Obadiah and built the church in the village to honor him.
Nowadays, about 300 people live permanently in Avdou. The area is characterized as a rural mountainous settlement located in the middle of the plain of Lagada. The main occupations of the inhabitants are agriculture and livestock farming while they produce excellent quality of oil, wine and vegetables.
The earliest recorded reference to the place name “Avdou” was in 1381, in a Venetian state document where the area was mentioned as a feudal estate belonging to Michel Quirino. However, according to archaeological findings, Avdou is a historic village with ancient roots in the Minoan culture over the centuries. It is no coincidence that the French professor, Paul Faure, claims that one of the hundred big cities of Crete (“ekatopolis” in Homer) was placed in the wider Avdou region. The Minoan settlement of Spiliaridia, the two sacred caves of Agia Fotini and Faneromeni, as well as the foundations of early Christian churches and buildings in various places lead to the conclusion that, since ancient times, there has been a continuous economic and cultural flourishing of the area. 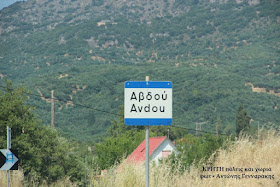 Avdou is a village with remarkable historical monuments of Byzantine art. Byzantine and post-Byzantine churches are scattered in the area and are invaluable monuments of cultural and artistic heritage. Some of them are in the Church of Saint Constantine, which, according to a historical inscription, was built in 1445 and has very interesting frescoes in vibrant colors on its walls. The Church of Saint Constantine is a simple temple with frescoes by the hagiographers Manuel and Ioannis Fokas, important representatives of Constantinopolitan art in Crete.
In addition, there is the Church of Saint Anthony which has frescoes dating back to the 13th century, the Church of Saint George with frescoes dating back to the 14th-15th century and the Church of Saint Anna, a semi-paved temple in an idyllic landscape and at an altitude of 700m near the cave of Agia Fotini. Lastly, there is Panagia or Kerapanagia (Zoodochos Pege) which is a church known for where the chieftains of revolutions were secretly gathering for the sacred fight. 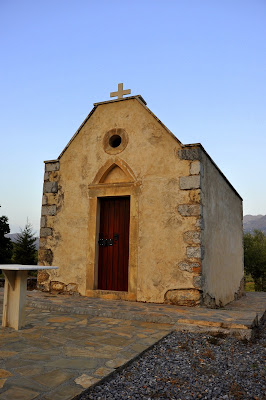 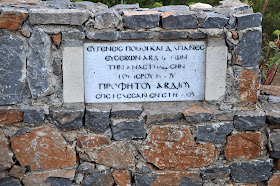