The Traditions and Customs of Cheesefare Sunday in Greece 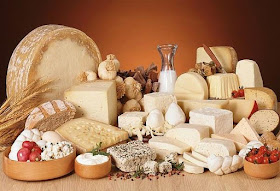 The celebrations of Apokries (Greece's Carnival) culminate on Forgiveness or Cheesefare Sunday. It is the last day that Orthodox Christians traditionally eat dairy products and celebrate before the first day of Lent. In Greece, this day is redolent of traditions, customs, and, of course, delicious recipes that bring community and family together.
The advent of the carnival season, a period known in Greece as Apokries, marks the peak of indulgence in food and festivities. This period, however, ends with the start of the longest fasting period of the Orthodox calendar: the forty-seven-day pre-Easter Lenten fast. The Greek word "apokria" refers to the weeks of the gradual change in diet prior to the discipline of Lent, also known as Great Lent or "Sarakosti." This period of Apokries spans the three weeks before the onset of Great Lent. The popular tradition of celebrating Apokries culminates during the weekends with masquerades, parades, parties, and of course, the abundance of traditional foods. While the most popular carnival today is that of Patras, other cities and smaller towns carry out their own regional traditions .
According to the Orthodox Church, the gradual change in diet is more than just a matter of food intake. Allowing us to transition from one spiritual state to another through this gradual change in diet, the Church acknowledges our human weakness. All celebrations culminate on Cheesefare Sunday, the last day of celebration before Pure Monday, or Clean Monday, which marks the first day of Lent. Cheesefare Sunday hosts an abundance of local traditions and culinary repertoires, with preparations beginning on Cheesefare Saturday. After church services in the morning, there is a continuation of the festivities that began the first Sunday of Apokries, with people masquerading through the village and town streets, followed by feasting on traditional dishes made with fish, cheese, milk and eggs, as meat was abandoned the previous week of Meatfare Sunday. Before the meal is served, however, everyone in the house traditionally asks forgiveness from each other, which is something also done by those who attend the Vespers of Forgiveness in the evening. Some traditional satirical songs carry out the theme of bidding goodbye to "Cheese" (Tyros) and welcoming in the "Onion" and the "Leek." All this, of course, in reference to the upcoming fast, where the "lowly" vegetable will now take over as the main course.
In the central Peloponnese, specifically within the region of Arcadia, there is the tradition of eating what is called "tyrozoumi," a soupy stew of wild greens heavily garnished with chunks of mizithra cheese. This serves as a first course and everyone at the table is expected to partake of it after first raising the table with their hands three times. Following the tyrozoumi, comes the main course - macaroni sprinkled with lots of cheese. During the course of the evening, the unmarried young people are supposed to "steal" a piece of macaroni and place it under their pillow that night in order dream about the person they are to marry.
The Vlach communities of the mountainous regions of central Greece make traditional "galatopites,” or milk pies, along with cheese pies, and pies filled with trahana, a homemade meal of wheat flour or cracked wheat — all of course, made with homemade phyllo.
On the island of Karpathos, the entire town is traditionally invited to the home of the mayor, where a large buffet is laid out with succulent fish and dairy products. Special sweets made with mizithra are also served, as well as rice pudding and a special drink called "sitaka," spiced with butter and honey.
In the islands of Kea and Milos, the remnants of food from the feast of Cheesefare Sunday are left on the table until the following morning, just in case "the ghost of the house" gets hungry during the night.
In Crete the woman of the house saves the cheese that is left over till Easter Sunday, when she will distribute it to other women in church after the singing of "Christ is Risen", in order that they may not bear children who will become monastics and deprive them of having grandchildren.
Another tradition is to cook an egg as a last meal at night and eat it, and then after the long fasting period the first thing they will eat on Easter Sunday is the paschal egg. This egg is cooked traditionally at the fireplace, and whichever egg "sweats" first, the one to whom that egg belongs is said to have a lucky year. Another tradition with eggs is to take a fresh egg and tie it to the ceiling with a string. Then turning the egg, a game is played where those in the house try to grab it with their mouths while kneeling and having hands tied behind the back.
Today, most of these traditions have died out, with weak and scattered attempts to retain them in some of the more rural areas of Greece. Even so, most people will still partake of traditional Cheesefare Sunday dishes, whether it be in their homes or at some local taverna.