Venerable Innocent of Komel and Vologda was born at Moscow, and was descended from the Moscow princely family of Okhlyabinin. He became a monk in the Monastery of Saint Cyril of White Lake (June 9), and was put under the guidance of Saint Nilus of Sora (May 7). 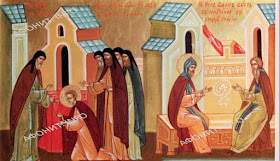 Innocent and Nilus wandered through the East between 1475 and 1485 visiting Palestine, Constantinople, and spent several years at the monasteries of Mount Athos. Having returned to Rus, the saints did not return to their original Saint Cyril of White Lake Monastery, but to solitary cells for monastic seclusion. Out of love for wilderness-life they then withdrew into the impassable forest at the River Sora, some fifteen versts from the monastery. Here they set up a cross, dug a well, and built separate cells, after the manner of a skete. A church was built on a marshy spot, and there the hermits led strict lives. 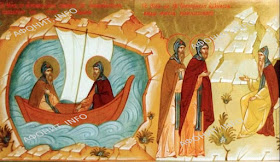 Foreseeing his own demise, Saint Nilus sent Saint Innocent to the River Nurma and predicted to him: “God is sending you there, and yours shall be a cenobitic monastery; after my death, my wilderness monastery will remain as it was during my life, with the brothers living separately each in his own cell.” 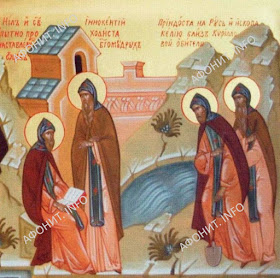 Upon the death of Saint Nilus, his holy disciple withdrew into the Vologda hinterland and in 1491 he built a cell at the River Eda, which flows into the River Nurma. In a short while disciples began to gather to him. Following the final command of his teacher, Saint Innocent did not seek any donations for it. 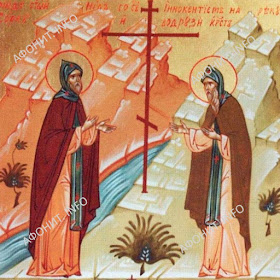 Saint Innocent labored for thirty years at building his monastery. He left behind an instruction for the brethren, based on the works of the holy Fathers, particularly the writings of Saint Nilus of Sora. Saint Innocent bade them first of all to avoid wrangling and disputes and asked them to preserve love for Christ and spiritual peace. 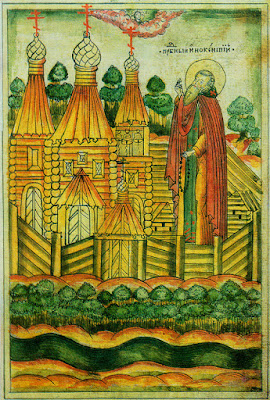 The Saint forbade young and beardless monks to be accepted and tonsured at his monastery, and he forbade women to enter the monastery. A monk who left the monastery lost his right to a cell, and if he returned, then he could occupy it only with the consent of the abbot and the brethren. The monk asked that a future church be consecrated in the name of Saint John the Forerunner and Baptizer of the Lord, in commemoration of the Third Finding of his Venerable Head (25 May), because Saint John is a patron for all monks and wilderness dwellers (later, the monastery was called Transfiguration after its chief temple). 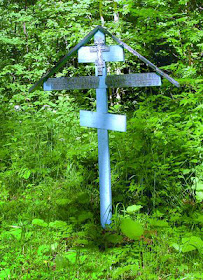 Saint Innocent died on March 19, 1521. In accordance with his last wish, he was buried in a corner of the monastery near a marsh. A stone was placed on his grave inscribed with the year, month and day of his repose (March 19, 6999). 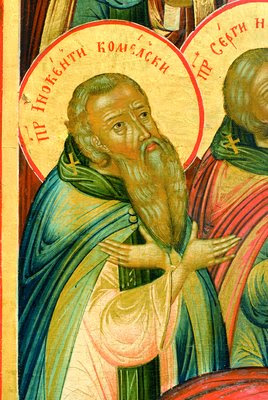 Apparently, the veneration of Saint Innocent began soon after his death. At least by the year 1538 (when the monastery was devastated by the Tatars) the icon and life of the Saint were already in the monastery. Since the 17th century, an apolytikion and kontakion are known.