Oration on the Theophany or Birthday of Christ (St. Gregory the Theologian) 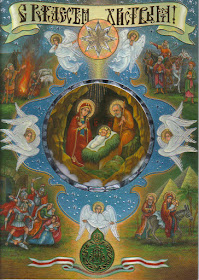