Doesn't the Bible Suggest Christ Was Born in September Rather Than December? 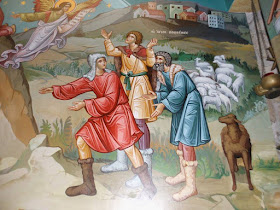