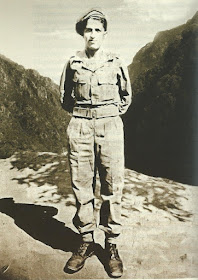 Following a request by the Office of Military Chaplains, part of the General Staff of the Greek Armed Forces, the Holy Permanent Synod of the Church of Greece declared on 1 November 2017 for Saint Paisios the Athonite to be the Patron Saint of the Military Corps of Signalmen, having served as a Signalman during the Greek Civil War from 1945 to 1949.
Instead of some successful and efficient wartime leader, the Orthodox Church advances a humble saint and monk as an example to follow in times of conflict. Later as a monastic, Saint Paisios used his former military position as a Signalman as a way to describe something more deeper and spiritual. For example, he used it to teach about prayer:
"It's good for our 'wireless' to work constantly, to embrace all the people who are seeking help. In the army, in the Signals Corps, we kept track of the foreign stations, but we also helped our own. We served as a transmitter for our stations that were too far away from headquarters to be heard clearly; we took their signals and transmitted them. There were always two of us working together two shifts. For if only one man was working, he would have had to interrupt and would not be able to help those seeking help, and his signals would not have reached those seeking help, and his signals would not have reached their destination. Such a station, when working constantly, can help those whose signals don't reach their unit. By the same token, one who is bold before God and prays for others serves as an intermediary between those seeking help and God. But what happens when one asks for help and the other has his station closed down, that is, is not praying?" 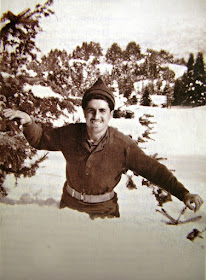 Elsewhere Saint Paisios describes prayer this way: "The transmitter and the receiver (that is, Christ and our soul) must be tuned in the same frequency; the monk will do whatever Christ tells him, and Christ will do whatever the monk asks for, provided their acts, their 'frequency,' is the same."
John at 6:03:00 PM
Share
‹
›
Home
View web version