Sunday of the Commemoration of the Holy Six Ecumenical Synods 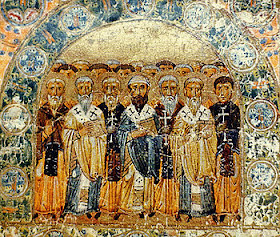 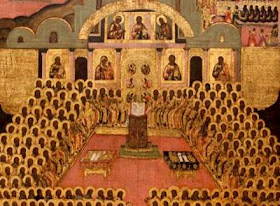 Apolytikion in Plagal of the Fourth Tone
Glorious art Thou, O Christ our God, Who hast established our holy fathers as stars on earth. Through them Thou dost guide us to the true faith. O Most Merciful One, glory to Thee.
Kontakion in Plagal of the Fourth Tone
The preaching of the Apostles and the doctrine of the Fathers confirmed the one faith in the Church. In the garment of truth woven from theology on high she rightly divides and glorifies true piety.