Blessed John, the Fool for Christ and Wonderworker of Moscow, was born on the outskirts of Vologda. In his youth he toiled at a saltworks, where he was a water carrier. The Saint combined strict fasting and prayer with his heavy work. Later he moved on to Rostov, where he began his exploit of holy foolishness for the sake of Christ after meeting Monk Irinarh the Recluse (Jan. 13). He wore chains with heavy iron crosses, and on his head was a heavy iron cap, for which they called him “Ivan the Great Cap”. In Moscow he went barefoot and almost naked in even the most severe frost, and he foretold the great misfortunes for Russia, the Time of Troubles and the incursion of the Poles, saying that “in Moscow will be many visible and invisible devils.”
He fearlessly spoke the truth to everyone, regardless of the position they might occupy. Even to the Tsar himself, Boris Godunov, he often said: “A clever mind, you ask God’s doing. God long waits, painfully indeed it breaks.” Before death Saint John indicated for himself a grave at the Pokrov church on Rva, afterwards called the Cathedral of Basil the Great. Having prepared himself for the grave, he removed the chains and showered himself with water three times. Before his death on July 3, 1589 the blessed one displayed the gift of healing. He was venerated at Moscow as a great wonderworker and seer. On June 12, 1672 his relics were uncovered, resting beneath a crypt in one of the chapels of the Cathedral of Basil the Great, and in 1916 this chapel was dedicated to Saint John the Fool. The Service and Life were preserved in manuscripts of the seventeenth century. 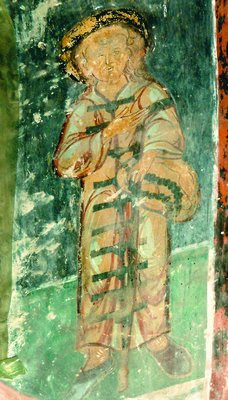 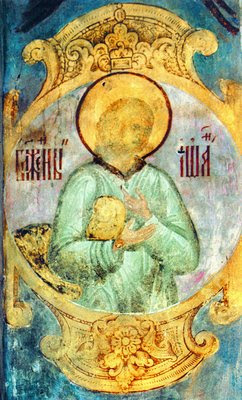 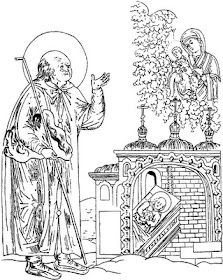