Church of Saint Panteleimon at Acharnanon in Athens: One of the Biggest Orthodox Churches in the World 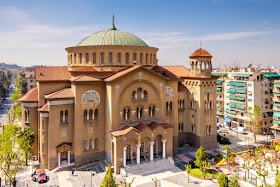 The Church of Saint Panteleimon at Acharnanon is a Greek Orthodox basilica in the center of Athens on Acharnon Avenue. It is the largest church in Athens, the third largest in Greece, and the eighth largest Orthodox church in the world, with a capacity of 10,000 people. The dome is only two meters smaller than the dome of Hagia Sophia in Istanbul, occupying an area of 1600 m. The thickness of the masonry of the temple reaches two meters.
The church was built over the location of a former smaller church dedicated also to Saint Panteleimon, and contains a relic of the Saint. The foundations of the church were laid on 12 September 1910 by King George I of Greece and it was consecrated on 22 June 1930 by Archbishop Chrysostomos I Papadopoulos. Building began in 1939 and was completed in 1980. The church's interior iconography was created by the painter Iannis Karoussos who began in 1984. Today it is one of the most active parishes in Athens.
For a panoramic view of the interior of the church, see here. 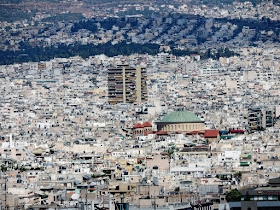 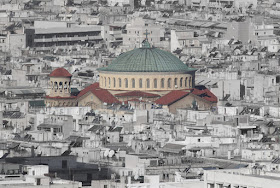 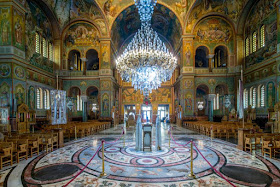 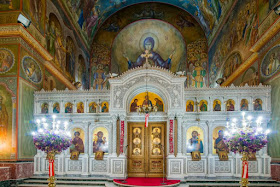 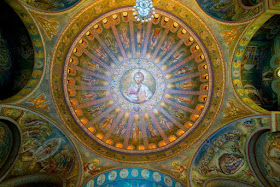 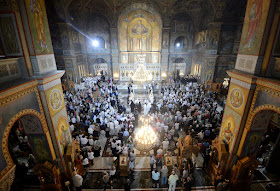