Synaxis of Panagia Agiogalousaina in Chios 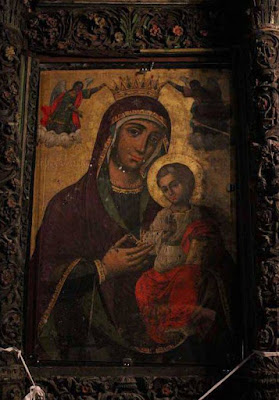 The Church of Panagia Agiogalousaina is at the entrance of a cavern in the village of Agio Galas on the island of Chios. It is a small Byzantine-style church with a dome. In the interior there is a wood-carved icon screen and frescoes that once covered the entire church that date to 1721.
According to tradition, a king (or emperor) exiled to Chios his daughter who suffered from leprosy. The sick girl reached a cave where a black-dressed woman took care of her. After three years the king had deeply regretted his decision and sent guards to bring her back. They found her totally healthy and cured from drinking the stalactite water that dripped in the cavern. Thus, the king ordered to erect a church in the interior, but every morning the workers were finding their tools outside the cave. So, the church was built outside the cave and the wider area was named Agio Galas in the 13th or 14th century, which was previously called Agios Thalelaios. Agio Galas (Holy Milk) received its name from the stalactites in the caverns of the area which drip with white milk-looking water.
The church celebrates on August 15th and on August 23rd the locals organize a feast to celebrate the Apodosis of the Dormition of the Theotokos. 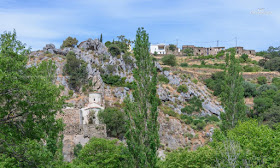 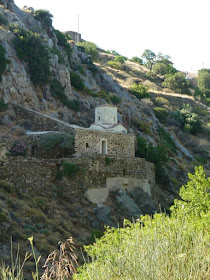 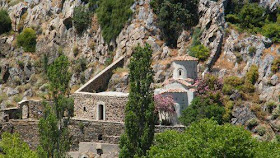 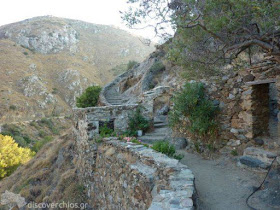 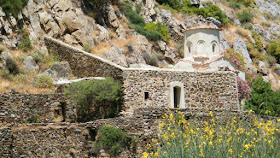 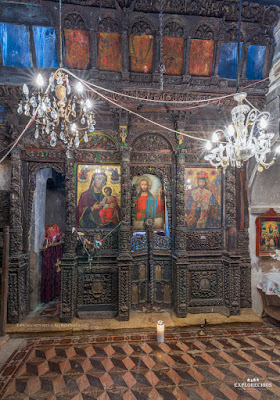 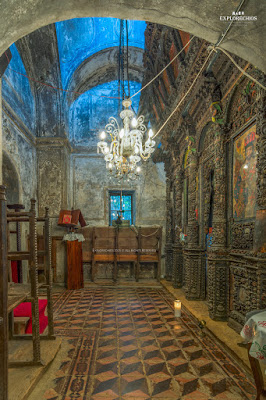