The House of Saint Philothei 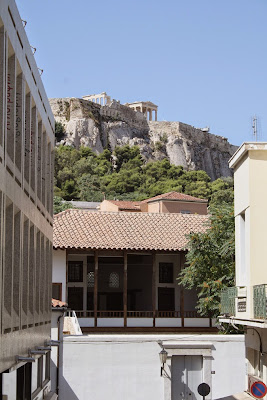 The unknown story of the only surviving mansion from the Ottoman period.
Below the Acropolis, in a bustling neighborhood of Plaka full of tourist shops, behind a tall stone fence - on Adrianou Street, number 96 - is one of the oldest surviving buildings in the city of Athens. This is the family mansion of Benizelos-Palaiologos, a building that has continuously functioned since the 16th century that is essentially connected with moments from the life of Saint Philothei.
"The House of Saint Philothei", therefore, as it is known to the people of the region, was where the relics of the Saint were well hidden in the building until they were surrendered in the early 20th century to the priests of the Archdiocese. Today the relics of the Saint are located in the Metropolitan Cathedral of Athens and are kept in a silver coffin.
Over the centuries the building complex has gone through quite a few changes, both in its form and its use. In the late 1990's, at the initiative of Father Thomas Synodinou - who was then Chancellor of the Archdiocese of Athens and closely associated with the late Archbishop Christodoulos - the building was granted by the Ministry of Culture to the Archdiocese of Athens, which undertook to proceed with the decisive assistance of a group of experts from the National Technical University of Athens in its restoration. Leadership of the team was taken by the Architecture Professor of the Architecture School of the NTUA, John Kizis. In the project team there was included the engineer Eleutheria Tsakanika (lecturer at NTUA) and architects Clement Aslanidis and Christina Pinatsi.
In autumn 2006, when the study for the restoration was approved by the Central Archaeological Council and the engineers undertook the project, the mansion had been devastated and deeply wounded by time and by multiple alterations. Their purpose was - and this eventually took place - for the complex to acquire the form as it was in the 17th century.
Today, the main task of the reconstruction and rehabilitation of the building has been completed and what remains is the landscaping, so that the entire complex can be visited by the public. Indeed, future visitors will have the opportunity to see and discover the relevance of the building with the history of the city itself. In its bowels - at a depth of about 4.5 meters - there are for example the remains of the Roman wall. On the ground floor one can find traces of older buildings of the 16th century - the era in which Saint Philothei lived there - while upstairs which was added much later can be found the architecture of a typical Athenian mansion of the Ottoman period with lofts, etc.
The building after its restoration maintains the elements that characterized the mansions of the era, the elegant marble arched gallery on the ground floor, open spacious wooden porch in the shape of a "T" on the first floor, the closed balcony on the south side facing the Acropolis, the lofts with fireplaces, the perimeter couches and elaborate skylights.
The entire building will function primarily as a museum, as the restoration recreates the image of life of the wealthy bourgeoisie in Athens in pre-revolutionary times. 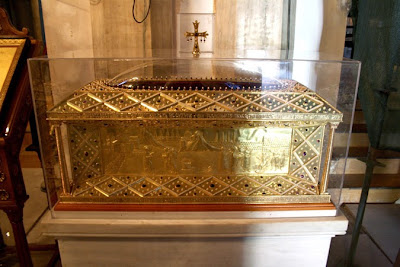 Saint Philothei
The Saint was a noblewoman of the era, a daughter of the Venizelos. Her secular name as Regoula or Rigoula. In 1536 at a young age - it is said she was 14 - her parents forced her into marriage with the much older in age Andrew Cheilas. Three years later Cheilas - who was also a descendent of a noble family of Athens - died and despite pressure she refused to remarry. Ten years later she became a nun and took the name Philothei. Then - in 1550 according to available sources - she converted the neighboring Church of Saint Andrew into a Convent with 200 nuns. There they received an education and were taught embroidery, sewing, weaving, etc. A hospital, nursing home and poor house operated in the Convent.
The work of the nun Philothei caused the reaction of the Ottomans. Her suffering from successive persecutions were endless. On the night of 2 October 1588 she received in her hermitage in the area of today's Kalogreza an attack by a Turk and she suffered a heavy injury. She died a few months later - 19 February 1589 - and was canonized by the Ecumenical Patriarchate one year later. 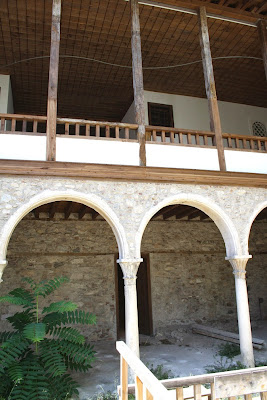 The mansion that became a tavern
In the book of Thanasi Giochalas and Tonias Kafetzakis titled Athens: Tracing the City with History and Literature as a Guide (published by Estia), and specifically on p. 95 we read among other things:

The Mansion of Venizelos-Palaiologos (Adrianou 96): A two-story house, probably of the 18th century, one of the oldest buildings in Athens. It was the residence of the noble family of Venizelos-Palaiologos, from which Saint Philothei (1522-1589) came. It is a typical Athenian mansion of the Ottoman period with the loggia, inner courtyard with fountain and auxiliary buildings (ex. mill) as characteristic features. Within the area there are traces of two older buildings that date back to the 16th century and perhaps Saint Philothei lived there.

After the Revolution of 1821 the mansion was used as a tavern. There were additions to the building in the 19th as well as 20th centuries that altered its appearance, and which have now been removed. It is owned by the Archdiocese of Athens and was restored to become a museum. 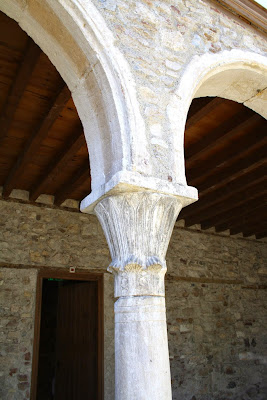 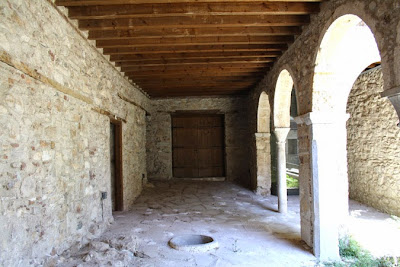 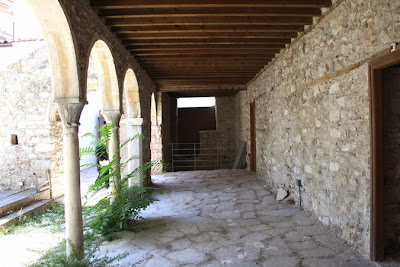 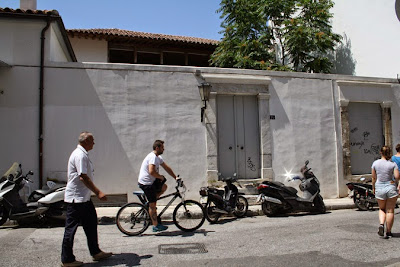 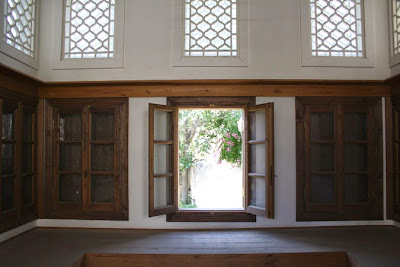 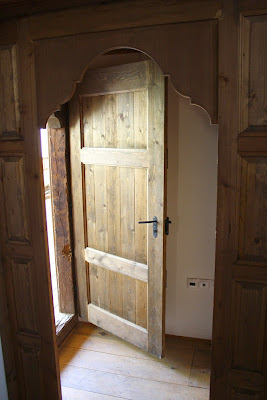 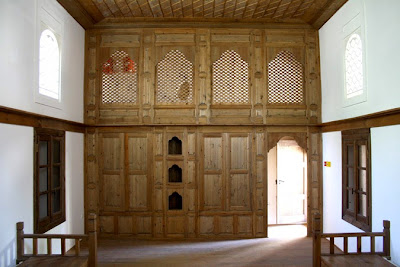 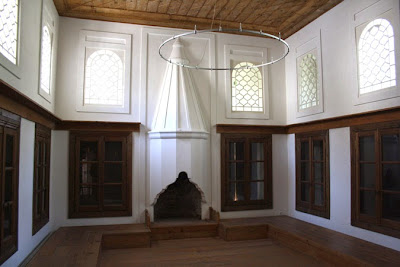 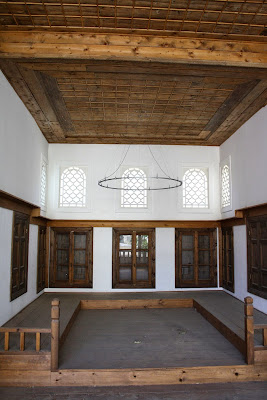 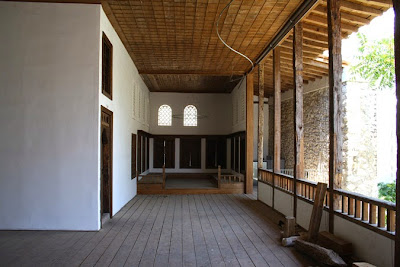 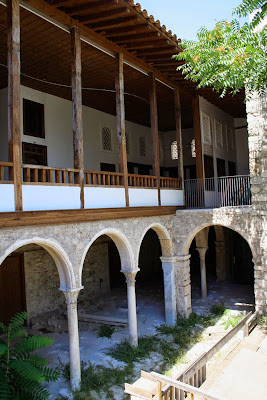 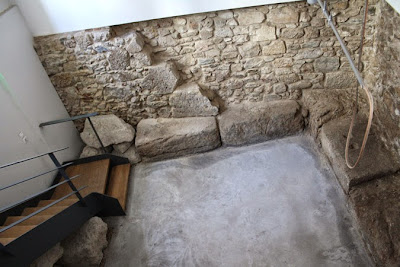 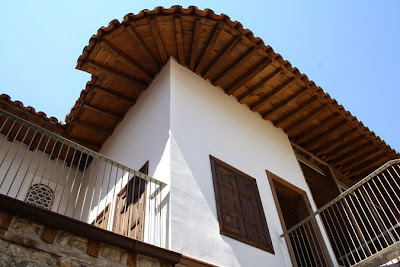 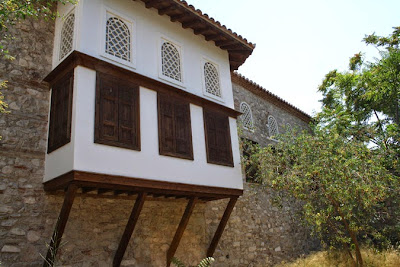 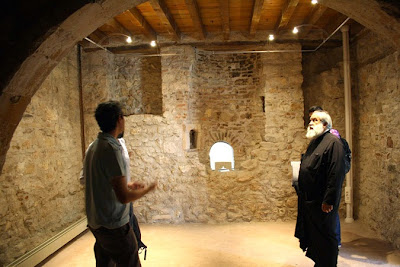 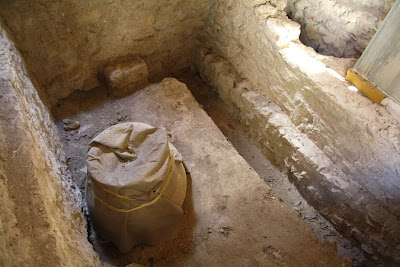 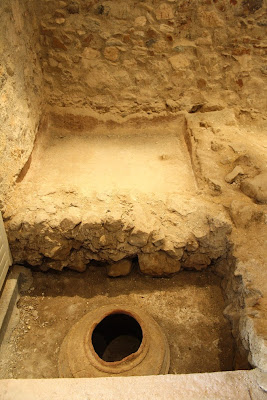 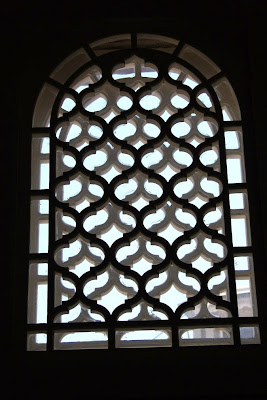