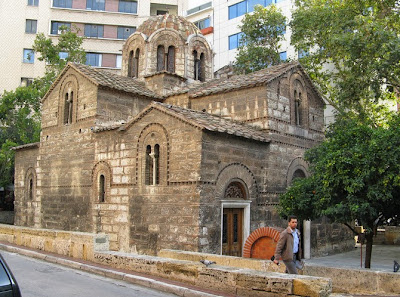 This church (dedicated to St. Theodore the General and St. Theodore the Recruit) was originally founded between 1049 and 1065, and rebuilt with stones and bricks later in the 12th century, as is recorded by two inscriptions, one on the west wall and the other on the west door. It has three naves and one dome. The outer wall is decorated with arranged courses of stones and bricks with curif motifs. The frescoes are much more recent (20th century) and they have been painted by Athanasios Kandris. The church is near Klafthmonos Square, in Evripidou and Skouleniou Street, in the center of Athens.
In 1840 the church was renovated under the patronage of King Otto and Queen Amalia. In 1910 and then later in 1967 a series of graves and part of a floor mosaic from Roman times were found on site.
The Church of Saint Theodoroi is considered to be one of the finest examples of Byzantine monuments in Athens. It was built by Nicholas Kalomalos, who was a Spatharocandidatos (a rank of the Byzantine Court for the imperial bodyguard). 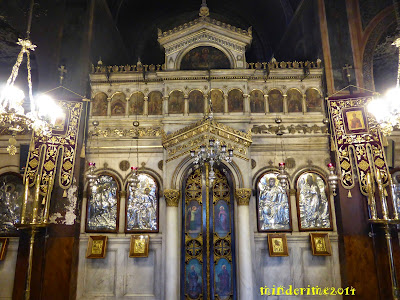 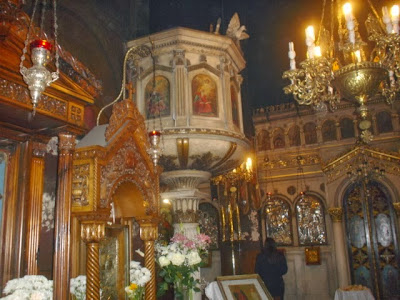