Features of a Religious Extremist 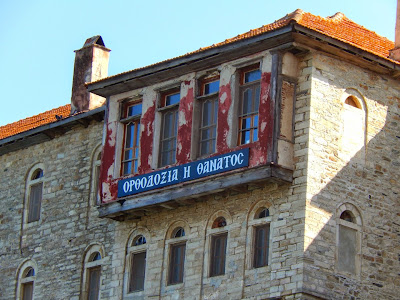 By Archimandrite Arsenios Katerelos
God does not ask for advocates, who can raise the value of Christianity with their words. He asks for believers, who will show through their flawless life the power of Christ.
The best defense of Christianity, as well as its worst defamation, is derived from the life and works of those who allege to be believers.
Many speak of Christianity by the meter, but they live it by the centimeter.
The difference between fanaticism and faith, is that faith can be explained without becoming outwardly furious. Fanatical people are those who shout loudly, just to hear the voice of their own echo.
Who is the fanatic? The person who does not change their opinion, nor do they change the issue.
Many people brawl over religion, write for it, fight for it, say they are ready to die for its sake, but they do not live according to it.
A wise man said of the busy person, who struggles without purpose: "He runs, tirelessly runs, up and down the field, only he forgets about the ball!"
Source: Translated by John Sanidopoulos.
John at 3:01:00 PM
Share
‹
›
Home
View web version