What is the Difference Between Orthodox Christians and Heretics? 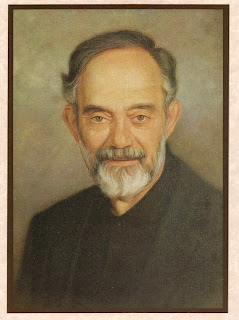 By Protopresbyter Fr. John Romanides
Now from the standpoint of tradition, modern Orthodoxy and traditional Orthodoxy are not the same. Of course, they share something in common - the Bible - but that is only part of tradition. The question remains: what is the essence of tradition? What is the core of tradition? You will find the answer to this question if you approach it as you would approach any problem in an exact science.
In Orthodox tradition, there are written texts in addition to the oral tradition. We Orthodox Christians have the Old Testament, we have the New Testament, we have the decisions and proceedings from the Ecumenical and Local Councils, we have the writings of the Church Fathers, and so forth. But even Roman Catholics and Protestants have quite a few of these written texts. So the question is raised: what is the fundamental difference between Orthodox Christians and members of other Christian confessions? What makes some people Orthodox and others heretics? What is the crucial difference between Orthodox Christians and heretics?
I think that we will be able to understand the fundamental difference if we look to medical science as a model. In the field of medicine, doctors belong to a medical association. If a doctor is not a member of the medical association, he cannot practice medicine or work in the medical profession. In order to legally become a doctor, you not only have to graduate from a recognized medical school, but you also have to be a member of a medical association. The same kind of standards applies to lawyers as well. In these professions, constant review and re-evaluation are the norm. So if someone is guilty of misconduct and does not properly practice his profession, he is tried by the appropriate board in the professional association that he belongs to and is removed from the body of the profession.
But the same proceedings also take place in the Church when a member of the Church is expelled or cut off from the Church Body. If that person is a layman, the corresponding process is called "excommunication". If he is in holy orders, it is called "removal from the ranks of the clergy" [kathairesis]. In this way, heretics are excommunicated from the Body of the Church. It is impossible for the medical establishment to give a quack permission to treat patients, and in like manner it is impossible for the Church to give a heretic permission to treat the spiritually sick. After all, since he is a heretic, he does not know how to treat others and is not able to heal others. Heretics are not able to cure the spiritually sick.
Just as there can never be a union between the medical association and an association of quack doctors under any condition, so there can never be a union between Orthodox Christians and heretics at any time. Reading a lot of medical books does not make you a genuine doctor. Being a bona fide doctor means that you have not only graduated from a university medical school, but that you have also been an intern for a considerable period of time near an experienced medical school professor who has demonstrated his competence by curing the sick.
From Patristic Theology, pp. 199-200.
John at 2:30:00 PM
Share
‹
›
Home
View web version