The Child Whose Fingers Were Restored by St. Luke of Simferopol in Argos 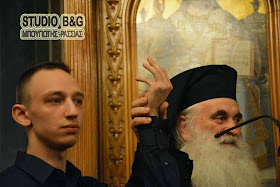 Evangelo Bougioti
March 7, 2014
Romfea.gr
On Friday 7 March 2014, Argos welcomed the sacred relics of Saint Luke the Physician and Bishop of Simferopol, which was hosted for veneration as a blessing to the faithful in the Cathedral of Saint Peter, on Friday 7 March 2014.
The reception took place in the courtyard of the church. The fragment of the relic was brought by His Eminence Metropolitan Nektarios of Argolidos, flanked by Priests of the city.
During the stay of the sacred relic in the sacred church there will be daily Sacred Services performed.
Along with the relic of the Saint there also came for veneration other items that belonged to Saint Luke.
A crowd of faithful from the region of Argos attended the reception, including the mayor and politicians. This was followed by the First Stasis of the Salutations to the Most Holy Theotokos by the Metropolitan of Argolidos.
During the service Metropolitan Nektarios proceeded in the laying on of hands on the Priests of the Sacred Church of Saint Peter, Fathers George Sellis (president of the Sacred Association of Clergy in Greece) and Panagiotis Kindi, towards spiritual fatherhood.
At the end of the Salutations the Metropolitan of Argolidos presented to the faithful a child from Russia whose hand was miraculously restored by Saint Luke after his fingers were cut off in an accident when he was young.
More specifically, the child was a pianist from an early age when he was ten years old, and two fingers on his right hand were cut off. Doctors said they could do nothing for the child and that he would never be able to play the piano again. His parents learned about Saint Luke and the miracles he does and immediately took the child to Simferopol.
There at his grave they pleaded to Saint Luke to make their child well and so the miracle took place. After a few days the fingers of the child were restored.
Read also:
The Miracle of Saint Luke of Simferopol for the Young Pianist Nazar 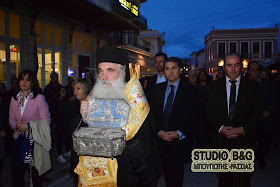 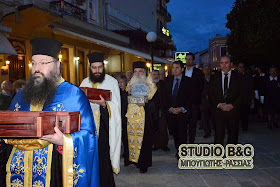 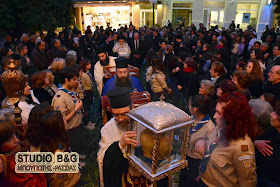 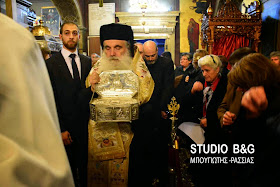 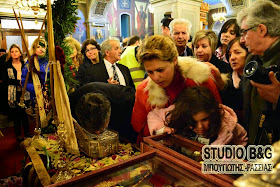 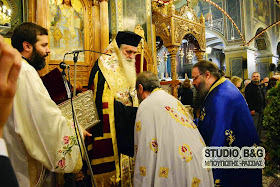 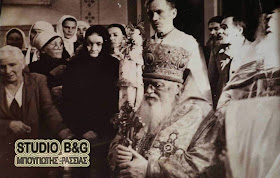