The Miraculous Appearance of the Image of St. Nicholas in Tambov 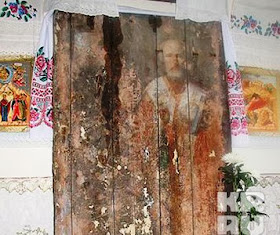 In the province of Tambov a family bought an old abandoned home. Furthermore, the building was deserted and an old door was thrown under the shed.
On a rainy day the daughter went out to the garden and saw an icon above the door. Having venerated it she went home happy saying: "There was a miracle! St. Nicholas the Wonderworker appeared!" 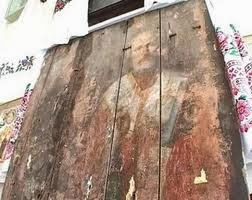 They quickly took the icon to the church in Sechman. When the bishop of Tambov saw it, he said: "Yes, this appears to be a miracle. We did not know anything about this icon and suddenly it appeared. It was revealed to remind us that it escaped from the great persecutions."
Many faithful come to venerate this icon which day after day becomes brighter. 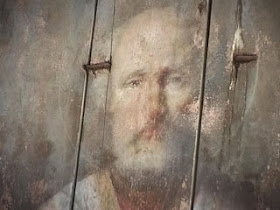 A conservator identified the icon, which was covered by a thick layer of paint, as an icon of the Muscovite School of the 19th century.
See also: 18 Contemporary Miracles of Saint Nicholas (Part One)