The Celebration of Christmas (2 of 5) 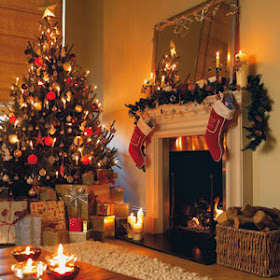 Continued from part one...
2. Objections to the Celebration of Christmas
However, there are many who are called "Christians" who refuse (as strange as it may seem) to celebrate this moving yet joyous event in the history of mankind. We have in mind the so-called Jehovah's Witnesses who raise their objections about whether to celebrate this event of the Incarnation of our Lord, and as space allows, we can answer these in turn, while also giving the true dimension of this joyous event.
Let us start by addressing the key questions and analyzing them. The first question is: should we celebrate Christmas? In general: should there be feasts in the Church? Is it thus appropriate for Christians to celebrate certain religious events?
This will be followed by the next question, which has many facets, and can be put forward as follows: when and how and what should Christians celebrate? Of course, this question we can center around the feast of Christmas. Another question follows this, which is: from what time did Christians begin to celebrate Christmas? We do not posit this only for the historical dimension of the issue, but because the so-called Jehovah's Witnesses try to demonstrate historically that this holiday supposedly arose much later and in this way they try to justify their refusal to celebrate it. An additional question or issue that comes into play and is related to this feast of Christmas, is in regards to the adoration of the Magi and the star which led them to seek and worship the king of Jews.
Finally, we will investigate when Christmas should be celebrated, because this objection has also arisen from the aforementioned group of people, who say that the traditional date is not the correct date (in December), but they believe the Nativity of Christ took place in October. These and other questions surrounding these issues concerning the celebration of the birth of Christ we will investigate and answer. And we will be very specific, because it is important to examine the positions of these small groups of so-called Christians such as the so-called Jehovah's Witnesses.
The first objection given, is the following: holidays generally, and especially the Nativity of the Lord, are not what they seem, but they are pagan, of a non-Christian origin, often associated with libertine actions and activities, such as drinking wine, drunkenness, prostitution and more.
A second objection put forward, is that holidays are not mentioned in the Bible except under adverse circumstances, such as birthday gatherings, where one is always put to death. And they argue their case in regards to the birthday of Pharaoh where people were killed, and the birthday of Herod when John the Baptist was killed. They display instead the notion that the only celebration commanded by the Lord, is the "Lord's Supper".
The last argument and reasoning they put forward is that holidays generally idolize something or someone besides God, and the Bible says to "flee idolatry" and that Christians are to be in the world but not of the world. Therefore, why celebrate something that idolizes anything at all?
Finally, in regards to Christmas, they argue that Christ was not born on December 25th, so why celebrate it, which is in fact a date that coincides with the winter solstice and was celebrated in ancient times by those who worshipped the sun?
These objections come straight out of the literature they distribute.
Before we examine these objections, let us look at some principles, general first principles, that the so-called Jehovah's Witnesses and Christians agree on, that are essential and not amenable to further negotiation. Then we will look at the interpretations given by the so-called Jehovah's Witnesses regarding their objections, and will reveal the inconsistency of the Watchtower Society and their failure to understand Christianity.
First, let us say that Holy Scripture is very clear when it says certain things, that we all accept, such as: we are not of this world. And we do believe that we should not have a worldly mindset, as John 17:16 says. That we should abstain from evil, according to the exhortation of the Apostle Paul in 1 Thessalonians 5:22. That we do not participate, and should avoid participating in unfruitful works of darkness, according to Paul's epistle to the Ephesians (5:11; 13:12). And that there is no communion between light and darkness, according to the Apostle Paul's second letter to the Corinthians (6:14). All who claim to be Christians actually believe, and want to live according to these principles. The controversy begins with how these principles are interpreted and implemented in everyday life.
Let us therefore examine in more detail the objections mentioned above:
Translated by John Sanidopoulos.
PART THREE
John at 9:46:00 AM
Share
‹
›
Home
View web version