The Cave of Saint Simon the Myrrhgusher (photos) 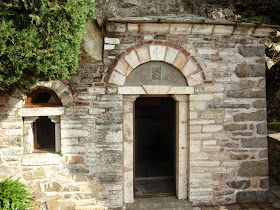 On the 28th of December we celebrate the memory of our Venerable Father Simon the Myrrhgusher, who founded New Bethlehem Monastery on Mount Athos, which later came to be known as Simonopetra Monastery.
The cave where St. Simon lived in asceticism can be found on the outskirts of Simonopetra, at about a four minute walk to the east of the Monastery.
According to tradition, it was in this cave that the devil appeared as a dragon trying to devour the Saint while he was praying, however the Saint did not become frightened, and through prayers and psalms he conquered the devil and overcame the temptation to be frightened away from his divine task.
It was from this cave that the Saint saw a star above the place where the Monastery he founded stands today. The star stood motionless there for some days, and St. Simon thought that perhaps it was the star of Bethlehem. But when he began to think that it may be a demonic delusion, God revealed to him that it was where he was to build a Monastery, which came to be known originally as New Bethlehem Monastery.
The cave is covered today by a house-built shelter for protection from the rain and high humidity.
In the cave there is an oil lamp and icon of the Saint to remind the visitor of the ascetic struggle of the founder of Simonopetra Monastery.
Read also: Saint Simon the Myrrhgusher of Mount Athos
See more photos here. 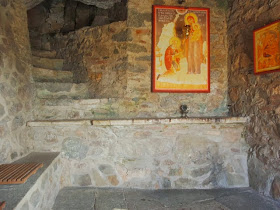 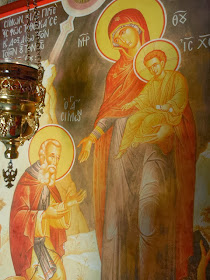 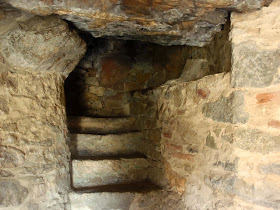 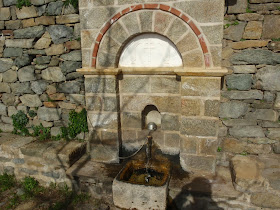 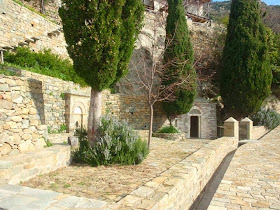