A Six-Month Update For All My Readers 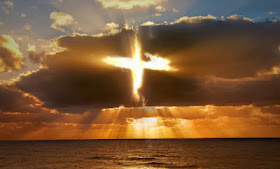 
To mail in your donation, please do so to the following address:
John Sanidopoulos
PO Box 320284
West Roxbury, MA 02132
With love in the Incarnate Lord,
John Sanidopoulos
NOTE: Though this fund-raising campaign is an ongoing process, we are currently seeking donations of at least $60 from all of our readers, if possible, or $5 a month. Of course, whatever amount you can give is helpful.
P.S. In honor of the canonization of Elder Porphyrios this week by the Ecumenical Patriarchate, whose official glorification will take place on Sunday 1 December 2013, the day before his first feast day, I have taken it upon myself to quickly translate his Apolytikion (Dismissal Hymn) in the meantime, since I will not be posting till that time.


Ἀπολυτίκιον. Ἦχος α΄. Τῆς ἐρήμου πολίτης.
Τῆς Εὐβοίας τὸν γόνον,
Πανελλήνων τὸν Γέροντα,
τῆς Θεολογίας τὸν μύστην
καὶ Χριστοῦ φίλον γνήσιον,
Πορφύριον τιμήσωμεν, πιστοί,
τὸν πλήρη χαρισμάτων ἐκ παιδός.
Δαιμονῶντας γὰρ λυτροῦται,
καὶ ἀσθενεῖς ἰᾶται πίστει κράζοντας·
δόξα τῷ δεδωκότι σοι ἰσχύν,
δόξα τῷ σὲ ἁγιάσαντι,
δόξα τῷ ἐνεργοῦντι διὰ σοῦ πᾶσιν ἰάματα.
Apolytikion. Tone 1. The citizen of the desert.
The offspring of Evia,
the Elder of All Greeks,
the initiated in Theology,
and the genuine friend of Christ,
Porphyrios, O faithful, let us honor,
who was filled with all the gifts of grace from childhood.
The demon possessed are redeemed,
and the sick are healed who cry out with faith:
Glory to Him who gave you might,
Glory to Him who sanctified you,
Glory to Him who operates through you healings for all.
John at 3:48:00 PM
Share
‹
›
Home
View web version