The Skull of Saint Mamas in Langres 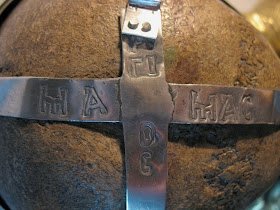 The archaeologist/byzantinist Dr. Christodoulos A. Hadjichristodoulos mentions in his book The Cathedral of Saint Mamas in Morphou that, according to sources, it seems parts of the holy relics and not the entire body of Saint Mamas were transferred to Cyprus, who had been buried in Caesarea of Cappadocia.
The skull of the Saint was taken to Constantinople by a monk, after the capture of Caesarea by the Seljuks in 1067. When the Crusaders captured Constantinople in 1204, they looted among other valuable relics, the skull of the Saint that had a silver crown with his name written in Greek, and then it was transferred by the cleric Gualon de Dampierre to the city of Langres of Champagne (France) in 1209.
The skull is still in Langres, the treasure of the cathedral of the city, and is honored with the name of Saint Mamas (San Mames - San Mamés).
The skull of Saint Mamas was kept in a valuable reliquary in the shape of a bust that was destroyed during the period of the French Revolution. Today it is in a similar reliquary from the time of 1855, a gift of Cardinal Césaire Mathieu, former bishop of Langres. The reliquary is of silver gilt and has the dimensions 63Χ41Χ33 cm. The upper part of the reliquary opens and reveals the Honorable Skull of the Holy Child-Martyr Mamas.
Source: Translated by John Sanidopoulos. 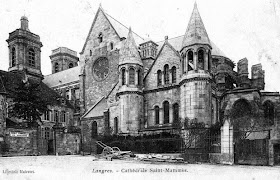 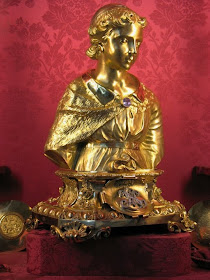 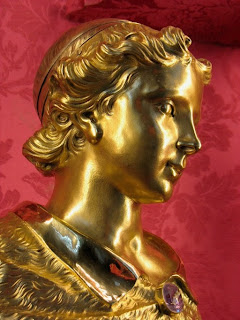 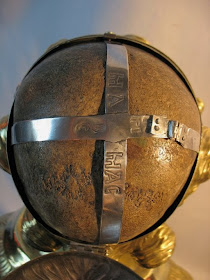 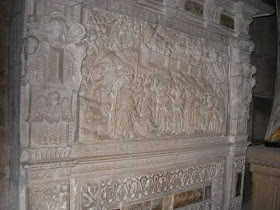 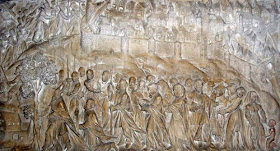 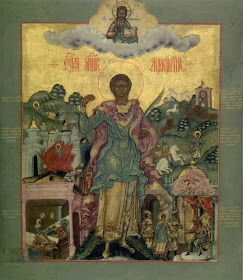