Saint Silouan the Athonite on Smoking 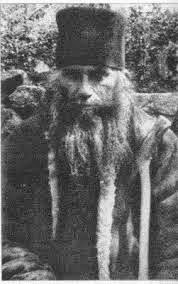 In 1905 Father Silouan spent several months in Russia, often visiting monasteries. On one of his train journeys he sat opposite a shopkeeper, who in a friendly gesture opened his silver cigarette-case and offered him a cigarette. Father Silouan thanked him but refused to take one. Then the shopkeeper began talking, asking, ‘Are you refusing, Father, because you think it is a sin? But smoking is often a help in life. It relaxes you, and makes a few minutes’ break. Smoking helps one to get on with one’s work or have a friendly chat, and in general…’ And so on, trying to persuade Father Silouan to have a cigarette. In the end Father Silouan made up his mind to say to him, ‘Before you light up a cigarette, pray and repeat one “Our Father…”’ To this the shopkeeper replied, ‘Praying before having a smoke somehow doesn’t work.’ To this Silouan observed, ‘So better not start anything which cannot be preceded by untroubled prayer.’
From Saint Silouan the Athonite by Archimandrite Sophrony, p. 70.