Olympian Ilias Iliadis has made good on his promise to offer his Olympic medal to the Panagia at Mount Athos. On Wednesday 27 March 2013 he visited the Holy Monastery of Vatopaidi at Mount Athos, and after meeting with Elder Ephraim he offered his metal to adorn the the wonderworking icon of Panagia Paramythia.
Ilias Iliadis won the bronze medal in Judo in the Summer 2012 Olympics in London. When Iliadis was asked by Greek reporters at the time to whom he dedicated his medal, he said: "I dedicate it first to God, then to all the Greeks." Iliadis went on to say: "I thank God! This metal will go to Mount Athos."
Iliadis is now preparing to compete in the All-European Judo Competition in Budapest, which will take place between 25-27 April 2013.
See also: The Fervent Orthodox Faith of Greek Olympians 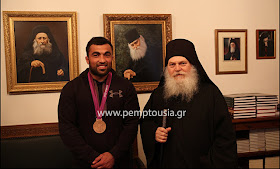 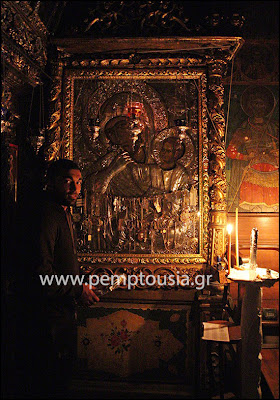