The Nativity of our Lord, God and Savior Jesus Christ (Sergei V. Bulgakov) 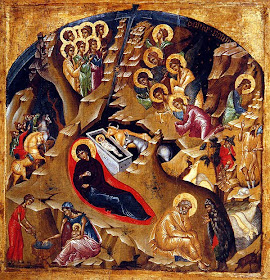 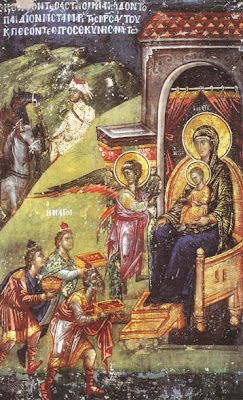 Adoration of the Magi
Three Magi, Melchior, Caspar and Balthazar, having learned about the birth of the Messiah according to the wonderful star which appeared to them in the sky and led them to the birthplace of the world's Savior and they presented to Christ gifts of gold, frankincense and myrrh (Mt. 2:1-12). They believe that these magi (i.e. eastern wise men) came from Persia. Obviously, they knew the Jewish expectation of the Messiah. According to the opinion of some, these magi were descendants of the Babylonian wise men, who formerly were under the leadership of Daniel (Acts 2:48), who even has sown among his subordinates the seed of the true faith and expectation of the Messiah (Num. 24:17; Dan. 9:24-27). Being worthy to bow to the born Savior, the magi, undoubtedly, were distinguished with lofty spiritual qualities. Apparently, in the use of their reason and in their acquisition of human knowledge they were inspired by piety and faith in the promised Savior and with all their enlightenment there was the glory of God and their own salvation. Their very trip for the adoration of the Savior bears witness to their faith, love and diligence. According to some tales, the magi, having returned to their country, were turned to contemplative life and prayer. Subsequently the Apostle Thomas met them in Parthia, and they, having accepted baptism from him, themselves became preachers of Christ. After their death, their relics, found by St. Helen, were first placed in Constantinople, but from there were transferred to Mediolanum (Milan), and later to Cologne. In the Cologne cathedral they even now show visitors the skulls of these three wise men, opened by the Bishop of Cologne Reynold in the 12th century. In honor of the magi the West established the special feast called "the feast of the three kings", which superseded the feast of Theophany on Jan. 6. Among simple people in the West the magi were honored as the protectors of travelers. 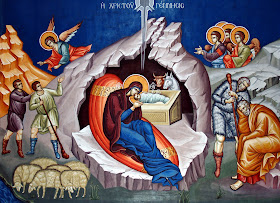 Commemoration of the Shepherds who saw the Lord
Undoubtedly, the shepherds were people who were strictly devout, true Israelites, who were fervently awaiting and desiring the coming of the promised Messiah, frequently, especially in the silence of the night, under the light of the heavenly bodies, turned to pious reflections and conversations on the holy subject of their desires and expectations. Through all their simplicity they were powerful in faith, through their seeming roughness they had cleansed and softened their hearts with the fear of God, through all their scarcity of externally possessed precious treasure in the world, with pure conscience before God and the people, they carefully fulfilled their small service and did not expect another reward, except for their uprightness before God and before the people. For their fervent expectations of the Messiah, for their fair and sincere labor, for their conscientious discharge of the duties of their service inspired by faith and hope in God, for their piety and their lofty spiritual qualities, the humble Bethlehem shepherds received the greatest mercy from the Lord: they were the first to whom the angels revealed the birth of the Savior and they were the first to have seen Him, they were the first on behalf of all the human race to have bowed down to Him (Lk. 2:8-20).
Apolytikion in the Fourth Tone
Thy Nativity, O Christ our God, has shone to the world the light of wisdom, for by it those who worshipped the stars, were taught by a star, to adore Thee the Sun of righteousness, and to know Thee the Orient from on high: O Lord glory to Thee.

Kontakion in the Third Tone
Today the Virgin gives birth to the transcendent One and the earth offers a cave to the unapproachable One, angels and shepherds glorify Him, wise men journey with the star: since for our sake the eternal God was born as a little child.

Magnification (Megalynaria)
We magnify Thee, O Lifegiver Christ, who for our sake is now born in the flesh from the unwedded and immaculate Virgin Mary.
Source