A Holy Presvytera in Patras Has Reposed 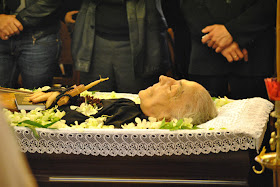 December 8, 2012
Romfea
The Funeral Service of Presvytera Anthis Pettas was celebrated in the presence of His Eminence Metropolitan Chrysostomos of Patras and His Eminence Metropolitan Theodoros of Ilioupolis of the Patriarchate of Alexandria.
Fifteen clergy of the Metropolis of Patras and other Metropolis', as well as four hierodeacons, honored for the last time Presvytera Anthi, a contemporary holy figure who lived in the Holy Metropolis of Patras.
There were also many faithful, relatives, friends, acquaintances and non-acquaintances who knew of the life of Presvytera Anthi, that attended the Holy Church of Saint John the Theologian of Patras Beach to say their last good-bye to "Eldress Agathi"*, as she was called by her late husband, knowing of her gifts.
Archimandrite Nektarios Moulatsiotis, prompted by His Eminence Metropolitan Chrysostomos of Patras, delivered the eulogy to Presvytera Anthi.
She ministered to her large family with exemplary dedication and sacrifice together with her late husband Fr. Nicholas Pettas, who day and night tried to convey to their twelve children that which they themselves lived, the experience of God.
Presvytera Anthi with the same zeal struggled alongside her late standard-bearing husband for the Church of Christ. From the day she became a Presvytera she lived the sacramental life of the Church more intensely till her last day.
For this reason her relic was from the morning in the Holy Church of Saint John the Theologian, where it remained throughout the duration of the Divine Liturgy.
The gifts which our Lord gave her were many, most especially of these was that daily, whatever happened to her or to her family, she glorified God. Whether in joy or in sorrow, both her and her late husband glorified God.
Even when she lost one of her twelve children, the first thing she did was glorify God.
Already in her repose there were three miraculous signs for her, signs which Christ gives to us people who loved her. The first of these signs was that she reposed on December 6th of 2012, the feast day of St. Nicholas, which her husband Fr. Nicholas Pettas had foretold, saying: "On my feast I will take you and give you rest."
The second sign is that Presvytera and her late husband had as their patron saint the Venerable Patapios, whom today, December 8th, we remember the Venerable Patapios on the day of the Funeral Service of Presvytera Anthi.
While the third sign our Lord showed us through Presvytera Anthi during her Funeral Service when one of her children was holding her hand, noticing that her fingers and hands were flexible, while the relic of Presvytera, according to the testimony of many, was fragrant.
* "Agathi" means "Good".
Translated by John Sanidopoulos 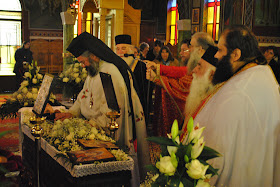 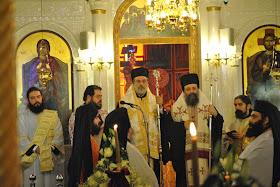 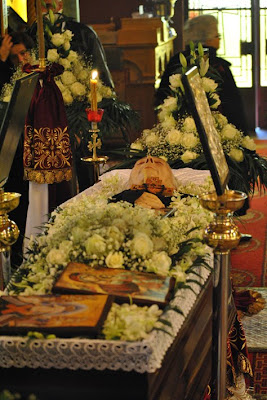 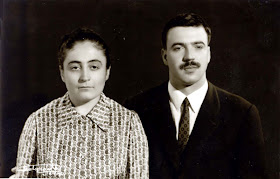 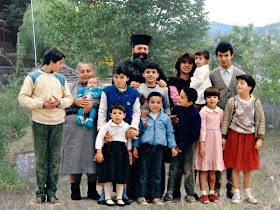 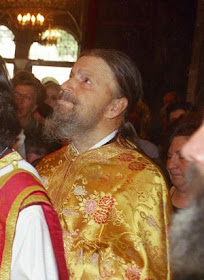 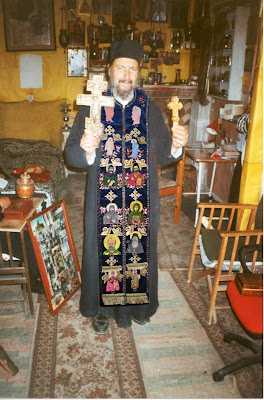 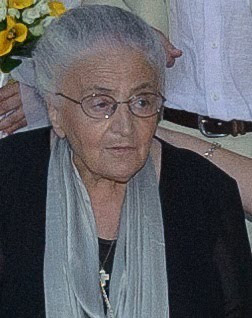 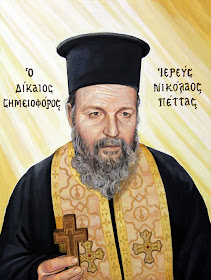