Nicolae Steinhardt: Christ Didn't Ask Us To Be Stupid 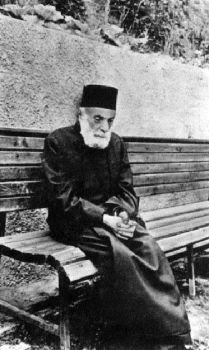 Nicolae Steinhardt
August 29, 1964
Thousands of devils are itching me when I see how Christianity is mistaken for stupidity, for a sort of halfwit, cowardly bigotry, a bondieuserie* (the expression belongs to tante Alice), as if the purpose of Christianity would be to leave the world to the discretion of the forces of evil, to smooth the way for crimes, because it is by definition doomed to cecity and paraplegia.
Denis de Rougemont: "Let us not judge others, but when the house of the neighbor is burning I don't stay to pray and to improve myself; I call the firemen, I run to the water pump. If not, it means I'm vain and I don't love my neighbor."
Macaulay: "It is true that we should not rebel against Nero because every power is from Above, but we also shouldn't jump to help Nero if he happens to be attacked."
It is one thing to rebel and another to approve. When Jacob II fell, some Anglican bishops followed in exile the pro-Catholic king, or maybe even Catholic, only because he was the legitimate sovereign and he couldn't be replaced.
The helpless and impotent Christianity is a heretical conception because it ignores the Lord's urge (Matthew 10:16 - "Be wise as serpents and harmless as doves") and passes over the texts of Saint Paul (Eph. 5:17 - "Therefore do not be unwise…"; 2 Tim. 4:5 - "Be watchful in all things…"; Titus 1:8 - "You must be… sober-minded"; and especially 1 Cor. 14:20 - "Brethren, do not be children in understanding; however in malice be babes, but in understanding be mature").
Nowhere and never did Christ ask us to be stupid. He urges us to be good, gentle, honest, lowly at heart, but not dumb (only about our sins it is said in the Pateric** "to dumb them".) How could He glorify stupidity, the One that advises us to be always awake so that we won't be surprised by Satan. Then again, in 1 Cor. 14:33 it is written that: "God is not the author of confusion". And order opposes more than anything wacky confusion, the undecided weakness, the obtuse lack of understanding. The Lord loves innocence, but not imbecility. "I love naiveté," says Léon Daudet, "but not of bearded men". Bearded men are supposed to be wise. Let us acknowledge, they and us, that more evil is caused by stupidity than malice. No, the servants of the devil, I mean the şmechers***, would only be too happy if we would be stupid. God, among others, commands us to be intelligent.
(Whoever is endowed with the gift of understanding, stupidity – at least from a certain point – is sin; the sin of weakness and of sloth, of not using ones talent. "And when they heard the voice of God our Lord… they hid themselves.")
-------------
* From bon Dieu, good God (French).
** Book of the lives of the saints.
*** In Romanian, a şmecher (approximately trickster) means a type of human with a cynical philosophy of life, who looks for the easiest way, who assumes others to be as dishonest as he is, thus justifying generalized dishonesty as a way of life. This philosophy is widely spread among Romanians and is considered by many one of the main faults of the nation's character. Apparently it is inherited from the time of the Turkish occupation.
John at 11:20:00 AM
Share
‹
›
Home
View web version