November 14, 2012
Russia Beyond the Headlines 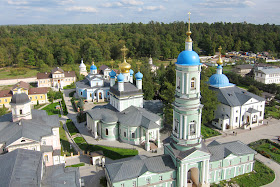 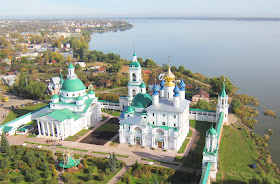 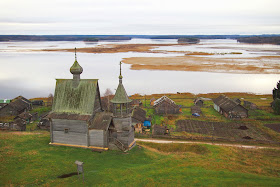 St Nicholas Chapel, Vershinino, Kenozero National Park - St. Nicholas chapel is sometimes called “the prototype of all Kenozero chapels" and its construction dates back to the XVIII century. The original look of the chapel was a house with a cupola, an open promenade and a high porch. In the middle of the XIX century the chapel was sheathed with boards. 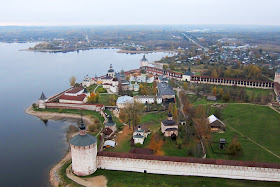 The Kirillo-Belozersky Monastery,Kirillov, Vologda Region - The Kirillo-Belozersky monastery which is located in Kirillov on the shore of Lake Siverskoye, was founded at the end of XIV century. Its founder Saint Cyril was a descendant of a noble Moscow Velyaminov family. He underwent a long way from a monk up to archimandrite in the Moscow Simonov monastery, however he refused the high rank and at the age of 60 he came to the White Lake region where he founded a monastery. 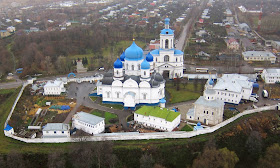 The Bogolyubovo Convent,Bogolubovo, Vladimir Region - The convent is located in the Bogolybovo village, 13 km north-east of the ancient city of Vladimir. Bogolyubovo was founded by prince Andrey Bogolyubsky in 1158. According to a legend, the prince spent the night on this spot and saw Our Lady who ordered him to found the settlement and to build the monastery. 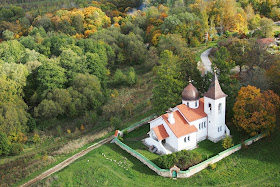 The Church of the Holy Trinity, Polenovo (Bekhovo), Tula Region - The church of the Trinity at Bekhovo (1904-1906) was designed by Vasily Polenov (1844-1927) who was one of the greatest 19th-century Russian landscape painters. The style of the church was largely borrowed from the architectural traditions of the northwestern regions of Russia of the 12th century. 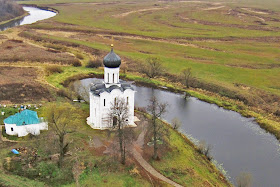 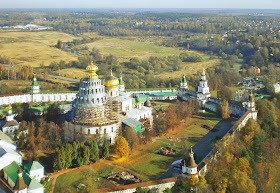 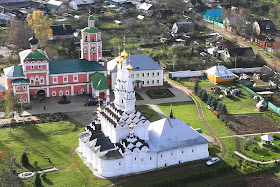 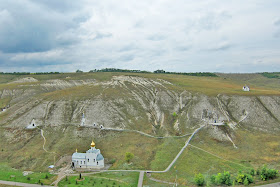 The Svyato-Spassky Convent, Kostomarovo, Voronezh Region - The Svyato-Spassky Convent in Kostomarovo is an ancient cave monastery located in the Voronezh Region on the Don river. There are two churches in these caves: a big Spassky temple with columns and a small St. Seraphim Sarovsky church. The big underground Spassky temple houses up to 2000 people. 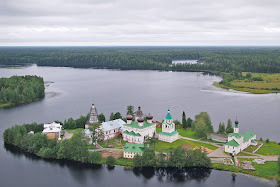 The Antonievo-Siysky Monastery, Arkhangelsk Region - It is a Russian Orthodox monastery located at the distance of 160 km from Arkhangelsk, on a peninsula of Mikhailovskoye Lake. The Siya river, which flows out of the lake, has given the monastery its name.The monastery was founded in 1556 by Saint Antonio, who settled on the island with some other monks. 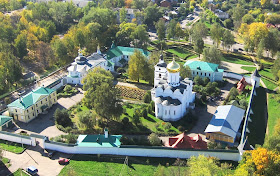 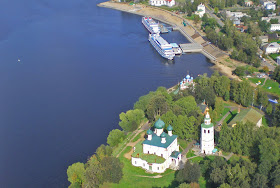 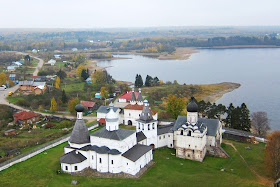 The Ferapontov Monastery,Vologda Region - The Ferapontov Monastery in the Vologda region of Russia is considered one of the purest examples of Russian medieval art. In 2002 the ensemble of the Ferapontov monastery and Dionysius’s frescoes were included into the World Heritage List by the UNESCO.The monastery was founded by Saint Ferapont in 1398 in the Russian North to the east of the Kirillo-Belozersky Monastery, named after his fellow monk, Saint Kirill of Beloozero. 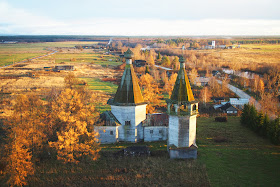 The Epiphany Church, Oshevenskoye, Arkhangelsk Region - The village of Oshevenskoe, located in the Kargopol district along the right bank of the Chur'iuga River, developed near the monastery, which was founded by the monk Alexander Oshevenky in 1460. This large village consisted of three hamlets, each with its own name. The Church of the Epiphany presided over the hamlet of Pogost, also a term for the sacred territory of an ancient enclosed cemetery. The Church of the Epiphany, built in 1787.
John at 10:06:00 AM
Share
‹
›
Home
View web version