The Cave of St. Gerasimos in the Skete of St. Anna


The Cave of Saint Gerasimos can be found in the Holy Skete of Saint Anna. In this cave, in the middle of the 15th century, St. Gerasimos labored in asceticism while living as an ascetic at the Skete of Saint Anna.
The Saint lived as an ascetic on Mount Athos for five years in the Cell of St. Vasilios in the desolate place known as Kapsala. Throughout this time he survived only on boiled zucchini with no oil. It was here that he gained many spiritual experiences and received the monastic tonsure. The demons had no power over him, but rather he acquired the power to cast them out. His nickname became "Kapsalis" ("the burning one"), after the desolate place of Kapsala. The demons would cry out: "Kapsalis, you have burned us."


In this cave, 200 years after St. Gerasimos, for a short time lived St. Akakios the Kafsokalivitis, who eventually went on to establish the Holy Skete of Kafsokalyva. St. Akakios was a great ascetic and chiefly ate wild grass and nuts. 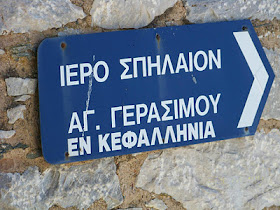 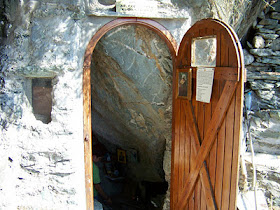 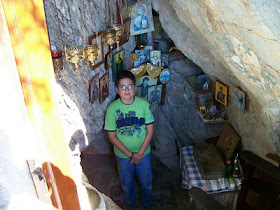