The Reformation and the Rejection of Monasticism 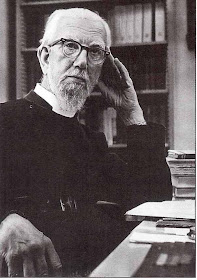 The writings by or attributed to St. Paul form a critical point in the entire great divide between the churches of the Reformation and the Orthodox and Roman Catholic Church. The Epistle to the Romans is one of the most important references of this controversy. This epistle and the Epistle to the Galatians formed the base from which Luther developed his doctrine of faith and justification, a doctrine that he himself characterized in his preface to his Latin writings as a totally new understanding of Scripture. These two works continue to be the main reference points for contemporary theologians from the tradition of the Reformation. It was this new understanding of the Scriptures that the rejection of monasticism obtained in the Reformation. In general it is not an exaggeration to claim that this thought considers St. Paul as the only one who understood the Christian message. Moreover, it is not St. Paul by himself nor St. Paul from the entire corpus of his works, but rather Luther’s understanding of St. Paul. From this perspective the authentic interpreters of our Lord’s teaching and redemptive work are St. Paul, as understood by Luther, then Marcion, then St. Augustine, and then Luther. Marcion was condemned by the entire early Church. St. Augustine indeed does anticipate Luther in certain views but not at all on the doctrine of justification and Luther’s specific understanding of faith. It is more St. Augustine’s doctrine of predestination, irresistible grace, and his doctrine of the total depravity of man contained in his "novel" - to quote St. Vincent of Lerins — doctrine of original sin that influenced Luther, who himself was an Augustinian monk.

The rejection of monasticism ultimately followed from the emphasis placed upon salvation as a free gift of God. Such a position is completely accurate but its specific understanding was entirely contrary to that of the early Church. That salvation was the free gift of God and that man was justified by faith was never a problem for early Christianity. But from Luther’s perspective and emphasis any type of "works," especially that of the monks in their ascetical struggle, was considered to contradict the free nature of grace and the free gift of salvation. If one was indeed justified by faith, then — so went the line of Luther’s thought — man is not justified by "works." For Luther "justification by faith" meant an extrinsic justification, a justification totally independent from any inner change within the depths of the spiritual life of a person. For Luther "to justify" — dikaion — meant to declare one righteous or just, not "to make" righteous or just* — it is an appeal to an extrinsic justice which in reality is a spiritual fiction. Luther has created a legalism far more serious than the legalism he detected in the Roman Catholic thought and practice of his time. Morever, Luther’s legalistic doctrine of extrinsic justification is spiritually serious, for it is a legal transaction which in reality does not and can not exist. Nowhere was the emphasis on "works" so strong, thought Luther, as in monasticism. Hence, monasticism had to be rejected and rejected it was. But Luther read too much into St. Paul’s emphasis on faith, on justification by faith, and on the free gift of the grace of salvation. St. Paul is directly in controversy with Judaism, especially in his Epistle to the Romans. It is the "works of the law," the law as defined by and interpreted by and practiced by Judaism in the time of St. Paul. Our Lord has the same reaction to the externalization and mechanical understanding of the "law." Indeed, the very text of the Epistle to the Romans revels in every passage that St. Paul is comparing the external law of Judaism with the newness of the spiritual understanding of law, with the newness of the revelation of God in Jesus Christ through the Incarnation, Death, and Resurrection of our Lord. God has become Man. God has entered human history and indeed the newness is radical. But to misunderstand St. Paul’s critique of "works," to think that St. Paul is speaking of the "works" commanded by our Lord rather than the Judaic understanding of the works of the "law" is a misreading of a fundamental nature. It is true, however, that Luther had a point in considering the specific direction in which the Roman Catholic merit-system had gone as a reference point similar to the Judaic legal system. As a result of Luther’s background, as a result of his theological milieu, whenever he read anything in St. Paul about "works," he immediately thought of his own experience as a monk and the system of merit and indulgences in which he had been raised.

It must be strongly emphasized that Luther does indeed protect one aspect of salvation, the very cause and source of redemption and grace. But he neglects the other side, the aspect of man’s participation in this free gift of Divine initiative and grace. Luther fears any resurgence of the Roman Catholic system of merit and indulgences, he fears any tendency which will constitute a truly Pelagian attitude, any tendency that will allow man to believe that man is the cause, the source, or the main spring of salvation. And here Luther is correct. Nygren’s Agape-Eros distinction is correct in this context, for any spirituality that omits Agape and concentrates only on Eros, on man’s striving to win God’s influence, is fundamentally non-Christian. But the issue is not that simple. Both extremes are false. God has freely willed a synergistic path-of-redemption in which man must spiritually participate. God is the actor, the cause, the initiator, the one who completes all redemptive activity. But man is the one who must spiritually respond to the free gift of grace. And in this response there is an authentic place for the spirituality of monasticism and asceticism, one which has absolutely nothing to do with the "works of the law," or with the system of merit and indulgences.

* For a primary source treatment of the Patristic concept that the grace of God makes one righteous, see On the Incarnation of the Word of God by St. Athanasius the Great. (Note by Fr. John Romanides)

From THE ASCETIC IDEAL AND THE NEW TESTAMENT: Reflections on the Critique of the Theology of the Reformation.
John at 10:26:00 AM
Share
‹
›
Home
View web version