The Poverty of European Civilization 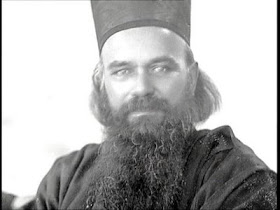 The following excerpt from the book The Agony of the Church (available here) was written by St. Nikolai Velimirovich in 1917, originally given in the form of lectures at St Margaret's, Westminster.
The poverty of European civilization has been revealed by this war. The ugly nakedness of Europe has brought to shame all those who used to bow before Europe's mask. It was a silken shining mask hiding the inner ugliness and poverty of Europe. The mask was called: culture, civilization, progress, modernism. All was only vanitas vanitatum and povertas povertatum. When the soul fled away, what remained was empty, ugly and dangerous. When religion plunged into impotence, then:
Science became a mask of pride.
Art -- a mask of vanity.
Politics -- a mask of selfishness.
Laws -- a mask of greediness.
Theology -- a mask of skepticism.
Technical knowledge -- a poor surrogate for spirituality.
Journalism -- a desperate surrogate for literature.
Literature -- a sick nostalgia and a nonsense, a dwarf-acrobacy.
Civilization -- a pretext for imperialism.
Fight for right -- an atavistic formula of the primitive creeds.
Morals -- the most controversial matter.
Individualism -- the second name for egoism and egotism.
Christ -- a banished beggar looking for a shelter, while in the royal and pharisaic palaces lived: Machiavelli, the atheist; Napoleon, the atheist; Marx, the atheist; and Nietzsche, the atheist, imperially ruling Europe's rulers.
The spirit was wrong and everything became wrong. The spirit of any civilization is inspired by its religion, but the spirit of modern Europe was not inspired by Europe's religion at all. A terrific effort was made in many quarters to liberate Europe from the spirit of her religion. The effort-makers forgot one thing, i.e. that no civilization ever was liberated from religion and still lived. Whenever this liberation seemed to be fulfilled, the respective civilization decayed and died out, leaving behind barbaric materialism in towns and superstitions in villages. Europe had to live with Christianity, or to die in barbaric materialism and superstitions without it. The way to death was chosen. From Continental Europe first the infection came to the whole white race. It was there that the dangerous formula was pointed out: "Beyond good and evil." Other parts of the white world followed slowly, taking first the path between Good and Evil. Good was changed for Power. Evil was explained away as Biological Necessity. The Christian religion, which inspired the greatest things that Europe ever possessed in every point of human activity, was degraded by means of new watchwords; individualism, liberalism, conservatism, nationalism, imperialism, secularism, which in essence meant nothing but de-Christianization of the European society, or, in other words, emptiness of European civilization. Europe abandoned the greatest things she possessed and clung to the lower and lowest ones. The greatest thing was -- Christ.
As you cannot imagine Arabic civilization in Spain without Islam, or India's civilization without Hinduism, or Rome without the Roman Pantheon, so you cannot imagine Europe's civilization without Christ. Yet some people thought that Christ was not so essentially needed for Europe, and behaved accordingly without Him or against Him. Christ was Europe's God. When this God was banished (from politics, art, science, social life, business, education), everybody consequently asked for a God, and everybody thought himself to be a god, and in truth there it failed, not on theories in Europe proclaiming, openly or disguisedly, everyone a god. So the godless Europe became full of gods!
Being de-Christianized, Europe still thought to be civilized. In reality she was a poor valley full of dry bones. The only thing she had to boast of was her material power. By material power only she impressed and frightened the unchristian (but not antichristian) countries of Central and Eastern Asia, and depraved the rustic tribes in Africa and elsewhere. She went to conquer not by God or for God, but by material power and for material pleasure. Her spirituality did not astonish any of the peoples on earth. Her materialism astonished all of them. Her inner poverty was seen by India, China, Japan, and partly by Russia. What an amazing poverty! She gained the whole world, and when she looked inside herself she could not find her soul. Where has fled Europe's soul? The present war will give the answer. It is not a war to destroy the world but to show Europe's poverty and to bring back her soul. It will last -- this war -- as long as Europe remains soulless, Godless, Christless. It will stop when Europe gets the vision of her soul, her only God, her only wealth.
John at 3:47:00 PM
Share
‹
›
Home
View web version