The Song of Righteous Hannah 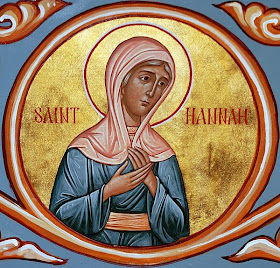 My heart rejoices in the LORD;
My horn[a] is exalted in the LORD.
I smile at my enemies,
Because I rejoice in Your salvation.

No one is holy like the LORD,
For there is none besides You,
Nor is there any rock like our God.

Talk no more so very proudly;
Let no arrogance come from your mouth,
For the LORD is the God of knowledge;
And by Him actions are weighed.

The bows of the mighty men are broken,
And those who stumbled are girded with strength.

Those who were full have hired themselves out for bread,
And the hungry have ceased to hunger.
Even the barren has borne seven,
And she who has many children has become feeble.

The LORD kills and makes alive;
He brings down to the grave and brings up.

The LORD makes poor and makes rich;
He brings low and lifts up.

He raises the poor from the dust
And lifts the beggar from the ash heap,
To set them among princes
And make them inherit the throne of glory.

For the pillars of the earth are the LORD’s,
And He has set the world upon them.

He will guard the feet of His saints,
But the wicked shall be silent in darkness.

For by strength no man shall prevail.

The adversaries of the LORD shall be broken in pieces;
From heaven He will thunder against them.
The LORD will judge the ends of the earth.

He will give strength to His king,
And exalt the horn of His anointed.

Footnotes:
a. That is, strength.