We Are All Patients In A Hospital 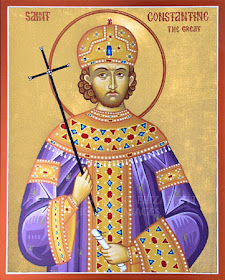 At the time of the First Ecumenical Council [Nicaea, 325 A.D.], the quarreling clerics wrote accusations one against the other and presented them to the emperor. Emperor Constantine received all of these accusations and not opening them, burned them over a flaming candle. To the amazement of those around him, the emperor said: "If I would see with my own eyes a bishop, a priest or a monk in a sinful act, I would cover him with my cloak, so that no one would ever see his sin." Thus, this great Christian emperor embarrassed the scandalmongers and sealed their mouths.

Our Faith prohibits us to be spies of the sins of others and stresses that we be merciless judges of our own sins. The sick person in the hospital is concerned with his own particular malady so that he has neither the will nor the time to question others who are ill or to mock their illness. Are we not all in this world as patients in a hospital? Does not our own common sense underline that we look at our own illness and not at another's illness? Let no one think that they will be cured of their illness in the other world. This world is merely a hospital and a place for healing and, in that world, there is no hospital; there is only a mansion or only a prison.
John at 12:25:00 PM
Share
‹
›
Home
View web version