Turks Celebrate the Conquest of Constantinople 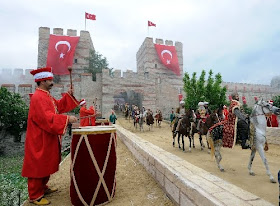 According to the Turkish World Bulletin :

Turkey on Sunday marks the 558th Anniversary of Istanbul's Conquest when an old era had ended and a new era had started. The Byzantine capital Istanbul had been besieged several times before but could not be conquered, however it had been conquered by the Ottoman Army under the leadership of young Ottoman Sultan Fatih Sultan Mehmet. And Istanbul was to be the Ottoman capital until its downfall. A series of activities will be held in Istanbul to celebrate the anniversary of the conquest of Istanbul. The conquest of the city will be simulated, fire works will be displayed and a water show will be conducted.

Just a glimpse of what the Turks are celebrating comes from the following testimony:

"Breaking down the doors with axes, the Turks entered the Church and dragged the fugitives off to slavery. Two by two, the men were tied together with cords, the women with belts, without consideration for age or station. Scenes of indescribable horror ensued. The icons of Saints were shorn of their jewels and smashed. The gold and silver Church vessels were seized, the altar cloths used for caparisons. Topped with a Janissary's cap, the crucifix was paraded in mockery. The conquerors used the altars as tables; when they themselves had finished eating on them, they turned them over to the horses for feed troughs or used them as beds on which to assault boys and girls."

- The Fall of the Byzantine Empire: A Chronicle by George Sphrantzes

Read also an eye-witness testimony of the atrocities here. 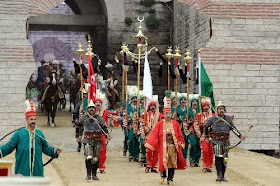 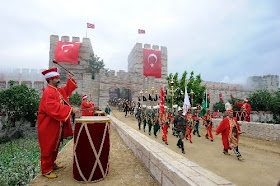 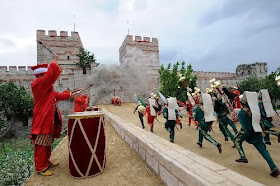 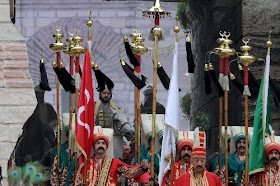