Origins of the Pre-Tribulation Rapture Theory 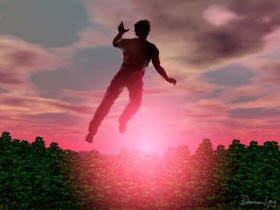 One thing for certain is that for nearly 1800 years, the teaching of a Pre-Tribulation Rapture of the Church was never taught by the Church, or even by a heresy for that matter. It is a novel teaching with unclear origins based on the documents we have available, yet integrated heavily especially in America during the time of the Second Great Awakening of the early 19th century. This was a time when many were claiming new and contradictory revelations, and gave birth to some of the most well-known Christian heresies and cults of our time. New denominations included the Seventh-day Adventists, the Church of Christ, the Disciples of Christ, and The Church of Jesus Christ of Latter-day Saints (Mormonism).

To read about the unclear historical origins of the Rapture Theory, and what we do know for sure about its history, read here. For example, what we do know is that the basis of the theory in Protestant circles is the ecclesiological distinction between Israel and the Church, and an eschatological longing by eager Bible students to see Bible prophecy fulfilled.

Another interesting theory is that the Pre-Tribulation Rapture Theory has its origins among certain 16th century Jesuit theologians. Though they did not clearly mention a rapture of the Church, what they did was set up a theory called Futurism that opened up the possibility for a secret rapture to take place before the reign of the Antichrist. The inspiration behind this theory by the Jesuits was to counter the claims of the Protestant Reformers that the Pope was the Antichrist and the Catholic Church was the Harlot of the Book of Revelation. By turning the attention of Catholics, who were converting to Protestantism in droves over the claims of the Reformers, away from the Protestant exegesis, they offered a counter-interpretation called Futurism. Futurism proposed that the first few chapters of the Apocalypse applied to ancient pagan Rome, and the rest was limited to a yet future period of 3 1/2 literal years, immediately prior to the Second Coming. Read more about this theory here and here, and see a video on it here.

With the advent of Fundamentalism and Pentecostalism in the 20th century, the Pre-Tribulation Rapture Theory has become a staple among many Protestants, who trust more in a personal and individualistic exegesis of Scripture and abhor Holy Tradition.
John at 8:36:00 AM
Share
‹
›
Home
View web version